Man United and City's brutal wins over Arsenal and Spurs 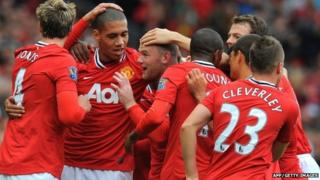 Wayne Rooney got a hat-trick and Ashley Young scored a double as United subjected the Gunners to their worst defeat since 1896! 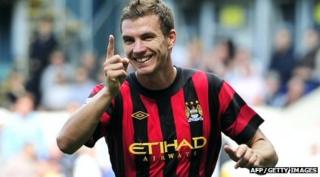 The two Manchester sides are both unbeaten so far this season, although United are topping the premier league table on goal difference.

Elsewhere, Liverpool saw Jordan Henderson and Charlie Adam scoring their first goals for the club to net a 3-1 win over Bolton.

And Chelsea had an eventful match against Norwich, which they won 3-1 in injury time.

Didier Drogba was taken to hospital after getting whacked in the face by Norwich goalie John Ruddy, when the keeper tried to punch clear a cross ball.

Ruddy was later sent off in the second half after bringing down Ramires.