Furniture shop set on fire in riots is re-opened 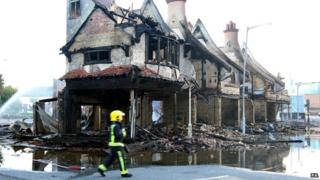 The 144-year-old furniture shop which was destroyed during the August riots has re-opened.

The family-run business in Croydon was completely ruined when it was set on fire and burned to the ground during the violence.

It's now started trading again from a smaller shop across the street.

The business had been open since 1867 and had survived two World Wars. It even had a road and a tram stop named after it. 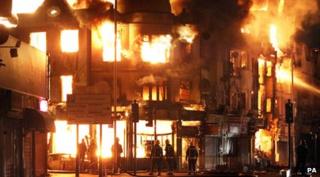 The store has been run by the same family for five generations.

80-year-old Mr Reeves came out of retirement so that he could help his son, who now runs the shop, get the shop open again.

The owner said: "The staff have been brilliant and the local community with their support and well wishes have really spurred us on."

A 33-year-old man has been charged with causing the fire at the store.