Who's got the easiest draw in the Champions League? 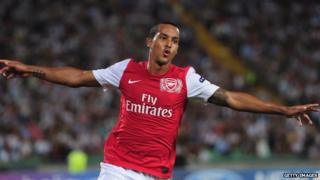 The draw's been made for the group stage of the Champions League.

Now Manchester City, Manchester United, Arsenal and Chelsea know exactly who they're up against.

Arsenal were drawn against Marseille, Olympiakos and Borussia Dortmund. And Chelsea will be meeting Valencia, Bayer Leverkusen and Belgian side Genk.

We want to know what which team you think has got the easiest draw?

Do you think that Manchester United will cruise through to the next round?

Will Manchester City's star-studded team be able to match up to some of the biggest teams in Europe?

Or do you think Arsenal stand a chance without Cesc Fabregas and Samir Nasri?

Whatever it is, we want to know!

Check back soon to see what NR viewers think!