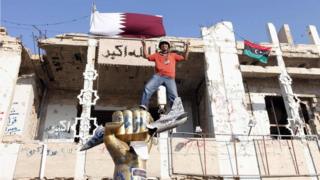 Anti-government fighters in Libya have put up a reward of £1 million to capture the country's leader Colonel Gaddafi.

No one knows where Col Gaddafi is but lots of people think he is still in the capital Tripoli.

Col Gaddafi has been told he'd be able to leave the country safely if he stepped down as leader.

But some people think he'd rather be captured than hand over power to the anti-government fighters.

Col Gaddafi's supporters are in control of some cities in Libya including the coastal city of Sirte as well as Sabha in the south of the country.