Chat: Have you heard any daft safety rules? 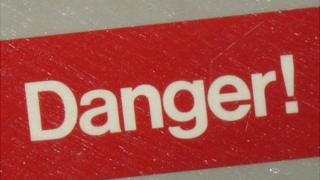 Imagine if your sports day sack race was banned because your school thought it was too dangerous - or being told you couldn't play football unless the ball was made of sponge!

Well, those are two of the "safety" bans that some officials have come up with over the past year.

Other weird rules include a holiday camp that stopped people on dodgems bumping into each other, and a council that banned kite-flying on the beach.

Which odd safety rules have you noticed where you live, or maybe at your school?

Do you think safety rules are important? Or do they go too far sometimes and stop you having harmless fun?

Let us know your thoughts!

"At school we can not play with a sponge ball if its wet outside."

"At my school in Essex when it snows no year group is allowed to have snowball fights! We are surrounded by snow and ALL we can do is build snowmen, thats ALL we are allowed to do!"

"They banned trading cards from my school because people were taking them from other people."

"At my old school, if it snowed, we weren't allowed on the field unless it had been checked, and it was the same for after it had rained! It rains loads, so we hardly got to go on it."

"In my school, they banned hard footballs, bouncy balls and every kind except the ones that are very soft (which would still hurt if they were thrown hard and fast!). We're not allowed to run, not allowed out while it's snowing (or snow is on the ground). We're not allowed to start clubs either. And to top it all off, we're only ever allowed on the grass when it's the start/end of the school year and it hasn't rained for weeks!"

"At my school we can't have snowball fights. You're not even allowed to go home for lunch and do it then!"

"We were banned from clay because they thought if we used it then our our hands could get stuck!?"

"In my primary school they banned us from playing with bouncy balls because the teachers thought they were dangerous, but they did let us play with scooters. I think scooters are more dangerous than bouncy balls!"

"At one of my old schools they didn't let us go on the grass unless it had not been raining for a week. This is Scotland. It rains all the time!!"

"My school won't let us play on the nearby astroturf pitches unless we have written permission from the council. This is daft because the pitch is owned by the school, but they say we can't go on it because there is not any supervision. It is very annoying as the staffroom looks directly over this pitch!"

"At my school they banned bulldog because people might hurt themselves even though nobody did!"

"My teachers say no clubs because they start arguments."

"At my last school, we weren't allowed to swing on the swings in case we fell off and hurt ourselves. What's the point of a swing if you can't swing on it?! It would have been easier to put a bench there instead!"

"In school we couldn't go out to the playground because there was 1cm of snow, how odd! I am from Hungary where there is often snow up to your knee."