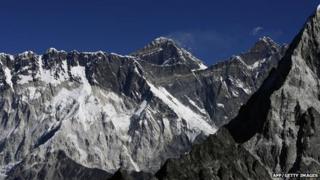 An Austrian climber has become the first woman to reach the top of the 14 highest Himalayan mountains - without the help of artificial oxygen.

Gerlinde Kaltenbrunner set the record after making it to K2's summit on Tuesday, her husband said.

The higher up you go, the less oxygen there is - making breathing, and climbing, even more difficult.

Two other women have done all 14 peaks over 8,000m, but they had bottles of oxygen to help them along. 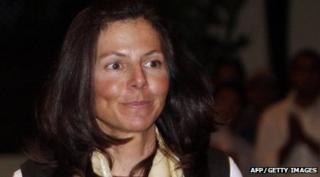 Getty Images
Mrs Kaltenbrunner is said to be "over the moon".

Gerlinde had tried six times before to get to the top of K2.

K2 is 8,611m high, which makes it the world's second-highest mountain after Mount Everest.

It is considered by many people to be the toughest in the world to climb.