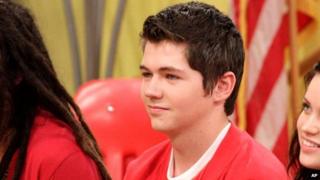 A teenager from Northern Ireland is enrolling at McKinley High, after winning the TV show The Glee Project.

Damian McGinty, who's 18, gets to appear in seven episodes of Glee's season three.

The singer from Londonderry was chosen as one of 12 finalists, out of 40,000 people who auditioned.

The judges said he was the most likable and improved finalist on the reality show.

Damian was the only finalist not from America. On winning, he said: "I am lost for words."

The finalists were put through a Glee bootcamp over the 10-week series.

Samuel Larsen was the other winner and will also get to be in seven episodes.