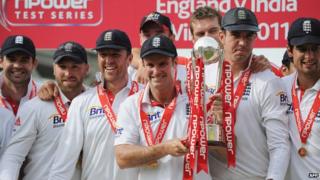 England's cricket team have achieved their goal of a 4-0 series whitewash against India.

India fought hard in the morning of the final day of the fourth Test, but suffered a huge collapse in the afternoon, losing seven wickets for 21 runs.

Andrew Strauss' side won the match by an innings and eight runs.

England are now officially the best Test team in the world after knocking India off the number one spot. 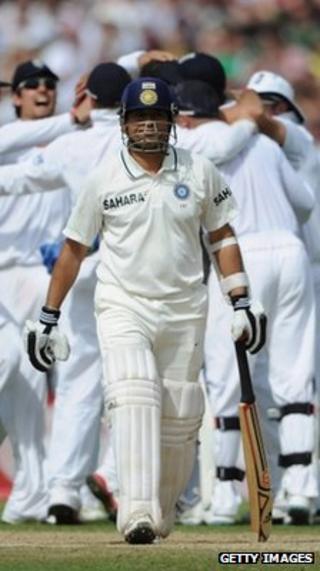 Sachin Tendulkar just missed out on his dream to be the first batsman to record one hundred international hundreds - he was given out LBW to Tim Bresnan for 91.

At lunch it looked like Tendulkar might be able to save the match for India, having batted through the morning session comfortably with Amit Mishra.

But after the break Mishra was bowled by Graeme Swann for 84 and Tendulkar fell in the very next over.

Swann took a total of six wickets in the second innings, but man of the match was Ian Bell for his impressive 235 in England's innings.