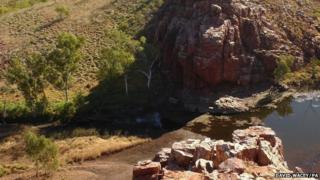 PA
The Strelley Pool in Western Australia, where scientists discovered the microfossils

The remains of microscopic bacteria, discovered in sandstone rock, have been studied using special techniques.

It's shown these miniscule lifeforms - so small you can't see them - lived on a chemical called sulphur, not oxygen.

On ancient Earth, oxygen wasn't widely available, so life had to find other ways to survive. 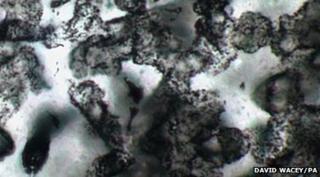 PA
The tiny bacteria lived on sulphur, not oxygen

Experts are keen to trace these early microscopic forms of life, because it may help with the hunt for life elsewhere in our Solar System.