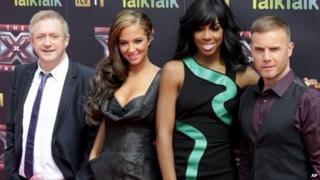 It seems The X Factor still has 'the X factor' - 10.5 million people tuned in to watch the first episode of the new series.

ITV said that, at the show's peak, more than half of everyone watching TV had The X Factor on.

But the figure isn't quite as high as last year's first show, which attracted a record 11.1 million viewers. 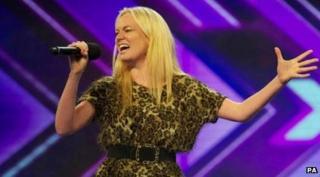 Meanwhile, Gary Barlow has revealed he took advice from Simon Cowell about his new job.

The Take That star admitted: "It's been tough, it really has, I think the hardest thing is learning to really be you on camera."

Simon left the judging panel to launch The X Factor in America, but he is still involved in the UK version behind the scenes.

Tulisa said being a judge was her "dream job".

She recalled: "I think it was about three years ago now, I was sitting at home watching The X Factor at Christmas and I think I turned around to my dad and said, 'I could do that'."