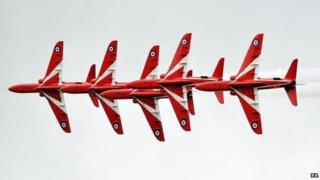 Tributes have been paid to a Red Arrows pilot that died when his plane crashed during a show on Saturday.

Flight Lieutenant Jon Egging had been performing in a display in Dorset, south-west England, when his Hawk T1 aircraft crashed into a field.

Six condolence books have been opened in Bournemouth and hundreds of people have been queuing up to sign them.

The Red Arrows have stopped shows for the time being, while investigators try to find out how the crash happened. 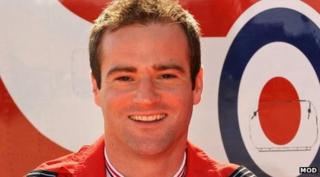 His widow Dr Emma Egging said she's been overwhelmed and astounded by the tributes paid to her husband.

She described him as "an amazing friend and husband".

A minute's silence was held before the start of Sunday's display at Bournemouth Air Festival.