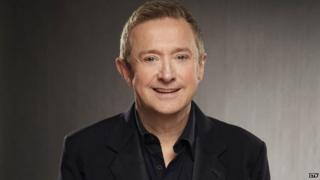 Click on their names at the top of the page to find out more about this year's judges...

Louis Walsh is the longest-serving X Factor judge and the mastermind behind the multi-million selling pop groups Boyzone and Westlife. Not to mention former X Factor contestants Jedward!

Louis may not have made it to number one with his own singing voice, but Westlife and Boyzone have racked up 20 UK number ones between them under his management. Westlife also hold a UK record for their first seven singles all going straight to the top of the charts.

He was also the mentor to the newly-formed Girls Aloud when they won Popstars - The Rivals, and went straight to number one with their debut single, Sound of the Underground.

Louis has been on the show since the start, and mentored the 2005 winner, Shayne Ward.

There was a minor blip in 2007 when he was told he was being replaced as a judge for the fourth series, but Simon Cowell soon realised his mistake and asked Louis to come back. 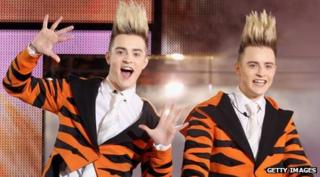 His biggest X Factor success story has to be Jedward. They didn't win the show, but with Louis as their manager, they've gone on to release two albums as well as starring in their own CBBC show.

In the past Louis has been a stickler for the rules if he thinks the other judges are cheating, but he says the new judging line-up is working really well and he's having the most fun he's ever had filming the show. Although he still wants to win!

What would he sing if he auditioned for the show?

Louis said: "I would sing something different, never a well-known pop song, then you won't be judged on the original."