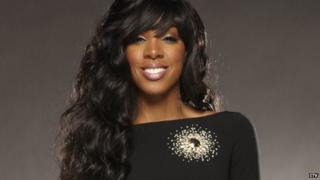 Click on their names at the top of the page to find out more about them...

Kelly is one of the founder members of Destiny's Child, one of the most successful girl groups of all time. She was in the group with Beyonce and Michelle Williams, and together they've sold more than 60 million records.

In the UK alone, Destiny's Child have had 14 top 20 hits, including two number ones.

Kelly's also enjoyed two semi-solo number ones... one with David Guetta and another with Nelly, as well as winning a Grammy award as a solo artist. 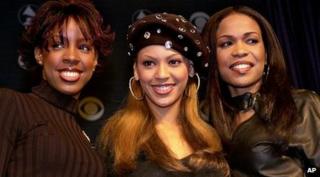 Kelly's another X Factor newbie. Her best mate Beyonce has appeared on the show before - she sang with Alexandra Burke in the 2008 final - and Kelly says she'd like to get her back this year to help her out.

So far, Kelly says all the judges are getting on really well but said: "Let's not forget what we're here for, because I know once the competition starts things will get competitive. We're competitive people!"

What would she sing if she auditioned for the show?

Whitney Houston - I Have Nothing.