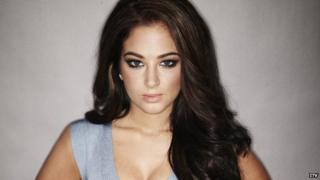 Click on their names at the top of the page to find out more about them...

Tulisa is a member of N-Dubz, Britain's most successful urban hip hop group, and has a reputation for speaking her mind.

She's used to being on TV after starring in the group's own reality TV show and has also had a go at being a film star after taking on her first role for a British movie. 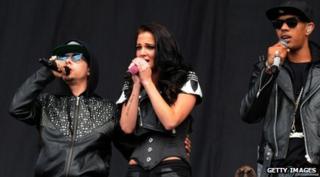 N-Dubz had a UK number one with Tynchy Stryder in 2009, but they've also had several top 20 hits, sold more than 1.2 million albums and won four MOBO awards.

None really. Lots of people were shocked when Tulisa was announced as an X Factor judge, and many think TV bosses are trying to turn her into the new Cheryl Cole.

But Tulisa says she's not afraid to say what she thinks, so when the contestants get angry watch out for Tulisa's response!

What would she sing if she auditioned for the show?

Tulisa says she'd probably write her own song to show she was a writer as well as an artist.