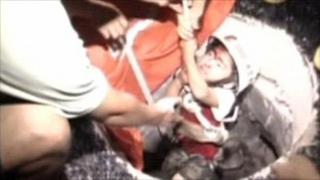 A four-year-old Chinese boy's dramatic rescue from a well played out live on state television.

The boy was found trapped in a well in China's southwestern Guizhou Province.

Firefighters sent a rope down the 10-meter-deep well before one rescue worker pulled him to the surface.

The boy, who hasn't been named, had only minor injuries. 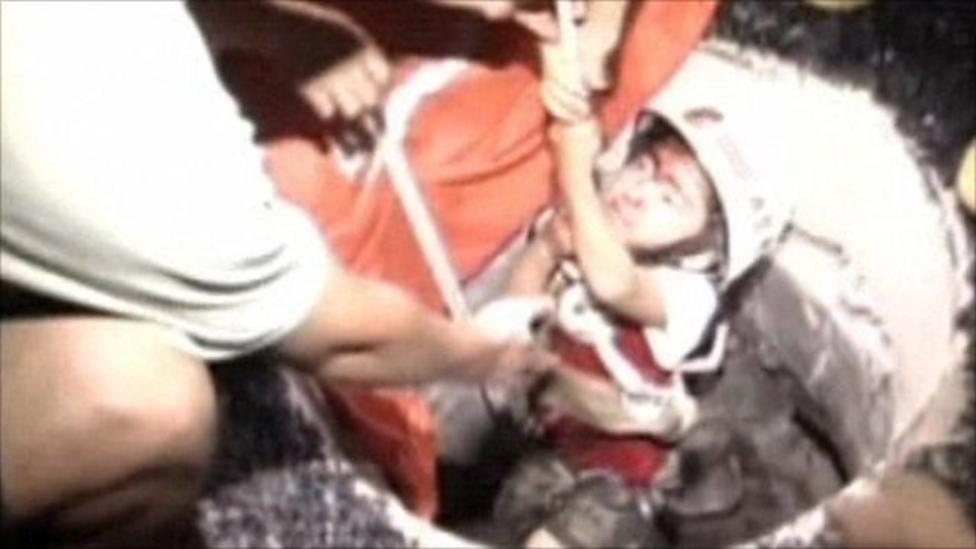