Chat: Do boys get more pocket money than girls? 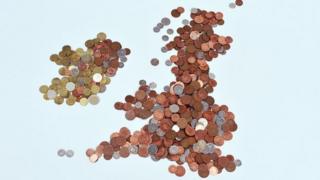 A new survey out reckons that for the first time in seven years, you guys are getting more pocket money! Children are now getting an average of £6.25 per week.

But the survey also shows that how much you get depends on where you live, and even on whether you're a boy or a girl.

Children in London could be getting as much as £2.50 more than kids in the south west, and boys on average get 32p more than girls!

Do you think that's fair? Have you seen that happen?

Perhaps it's been a problem in your group of friends, when some people get more than others?

Or maybe you think that's just life, get on with it!

Thank you for all your comments, this page is now closed but you can read what people think below.

"Well I think it is silly because boys and girls should get the same. Me and my sister only get £2.00 a week and I think it is fair. It should not matter about the gender."

"I get £250 a week off my parents because I live in South Wales and they live in England. I also get another £60 a fortnight for working in my local charity shop every saturday for 5 hours."

"I think some parents just give money to their children but I have to tidy my room to get 2 pounds. Some of my friends don't do any chores and get 5 pounds!"

"Recently my pocket money went from £3 to £5 a week! I asked some girls from my school the other day and they said they get £3. I think boys do get more."

"I get £5 per week and I think that is enough, but I don't see how boys get more than girls! It is the parents decision, so how could that happen? Its unfair!"

"Me and my brother who is 15 get £80 a month for doing nothing but we use our money to go places with our friends and to spend on clothes. I don't think it is fair for boys to have more money than girls, I think parents should give their children the same amount of pocket money."

"I think that it is unfair for boys to get more than girls, but I think that it really depends on what your parents are like. I don't get any pocket money, but my parents spend a lot on me anyway."

"It's so unfair I get £5 a month and my cousin she's only 3 and she gets double the amount I get how unfair is that!"

"I get £12.50 a week plus £25 clothing allowance every month. I think girls and boys should get pocket money equally because even girls like to spend money on stuff like make-up and nice clothes."

"I get £5 a month. My brother, who is younger than me, gets £3. I also get £5 every Saturday because I teach somebody piano."

"I don't really get any unless I help around the house. I don't mind though because I get treated to books and DVDs all the time. Now I heard that boys get more money than girls and I was sad because I thought that was a bit sexist."

"Well I'm a boy and don't get any pocket money so I think all the people that do are lucky."

"No, it's not fair because what happened to not being sexist? Girls are just as equal as boys and should not be juged by their gender."

"I get two whole pounds a week and I live in the north west. Things in London cost a lot more so I suppose that's alright. But different amounts for boys and girls is wrong!"

"I think it's unfair boys get more than girls sometimes, we should get a equal amount. I get £2 a week and my boy cousin is seven years old and he gets more. This is so unfair.

"Well I think it really doesn't matter. Your parents choose how much you get. You should be grateful if your parents give you pocket money."

"I get 20p for each job I do, and my twin brother gets that amount as well! My brother does more jobs than me so he gets more, so it is fair in our house."

"I get £3.50 a week if I do all my chores which include washing up, cleaning the table, tidying my room and hanging the washing out. It sounds unfair that some people get more because of their gender!"

"I don't think boys get more than girls, I think older siblings get more. But when you are older you can earn money yourself."

"I think boys and girls get the same amount of money because I have a friend who is a girl and she gets £5 a week, same as me."

"My brother is 18 and he just sits there all day and gets more pocket money than me when I make dinner, clean up and bring in the milk. IT'S UNFAIR!"

"I only get pocket money if I do chores and extra work. It's fair and it gives me motivation but some of my friends get more money and don't have to do any work for it!"

"I get £2 a week if I do jobs around the house. I think people should get the same amount of money, not based on gender!"

"It's not fair that boys get more. Where I live whoever's the oldest gets the most pocket money."

"I don't think it is unfair because different parents earn different amounts of money, so more privileged children may get more pocket money."

"I get at the most £5. My friend who is also a girl, gets £5 from her mum and £10 from her dad. I think it's not fair that just coz her parents are divorced she gets FIFTEEN POUNDS a week!"

"I only get 80p a week!!! I think it is unfair on girls that on average they get 32p less pocket money per week."

"I only get pocket money when I do chores but my friends get £20 a week for doing nothing! I don't think it's fair, I think you should work for your money."

"I get £1 every Sunday and my brother gets £2. He is a little older than me but he gets more than me!"

"I don't get any pocket money, but I don't think that boys get more than girls because my brothers don't get any either. And my friends get the same as their siblings."

"I live in Switzerland and I get 5 francs which is 3 pounds."

"Working for your money is a good thing, that's what my brother and I do. If you want some more money you need to work for it and after that you feel very proud!"

"I get more money than my brother because we get whatever our age is in pounds every month and I am the oldest!!!"

"I think that is true because I only get £5 a month. I also think that only children often get more money. I live in a family of 6."

"I definitely do not get more pocket money than girls because I only get £1 a week and some weeks I'm not even allowed to claim it!"

"I haven't had any pocket money in years and now I have to do chores around the house! And I'm a boy."

"I think that every child should get the same amount. I don't get any pocket money. It does annoy me when my friends get like £10 and I help around the house and get nothing."

"Me and my sister get the same amount of money when we get some."

"I don't even get pocket money because my parents use the money for us to do fun activities."

"I don't get any pocket money but when I move to comprehensive in September I will get £10 for dinners and any thing else that I want to buy on the weekends."

"I think it is unfair. Also people who aren't that much older than you get more pocket money. I get £2 a week and a little bit extra if the magazine I want goes over it. I also get £15 clothing allowance every month."