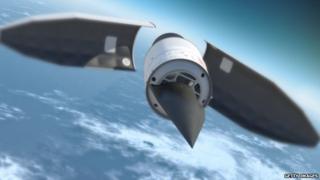 A super-fast aircraft, made by the US military, went on a test flight... and got lost!

The Falcon HTV-2 doesn't carry passengers but is hypersonic - which means it travels lots of times faster than the speed of sound.

And this aircraft was designed to travel 20 times the speed of sound - that's almost 16,000 miles per hour.

The Falcon HTV-2 got to the edges of space and soon after that, things went wrong. 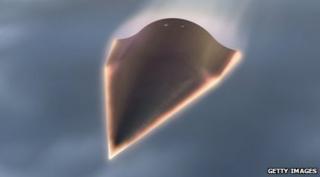 Getty Images
The aircraft split from its rocket as planned, but got lost after it started gliding

It headed back to Earth but is thought to have got lost in the Pacific Ocean.

Things just don't seem to go right for the aircraft - it had another test flight before and that didn't go to plan either.