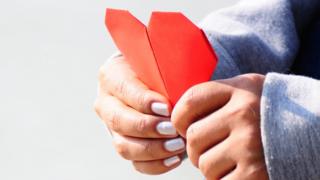 Bereavement expert Jill Adams answers some tricky questions on the subject of death.

Click here for other places where you can find lots of helpful advice on bereavement.

Is it OK to be scared when someone dies?

When someone is dying we can feel all sorts of things, and feeling scared or being very worried is absolutely natural. It is worrying if someone that we know or someone that we love is going to die.

I think what we get scared about are things that we don't talk about, so talking might be a good thing to do and might make the whole thing feel a lot less frightening for you.

When someone dies, how long will I feel sad for?

I don't have an answer to that, because everybody grieves in a different way and for some people it'll last a long time and others it'll last just a short time.

Hopefully what you will learn to do is live with it rather than get over it.

Sometimes I'm sad and other times I'm happy or even guilty. Why is that?

I thought that was a very good way to describe what grief feels like.

Why do I get so angry at little things?

You can get very angry when you're grieving because being angry is very much a part of grieving.

What isn't OK is hurting yourself or hurting other people when you feel angry. If you feel that there is anger inside you that needs to get out, and you're doing that in an unhelpful way, try and talk to an adult, or find better ways of expressing your anger.

Sometimes playing football, doing something physical, or even just throwing things against a wall can be a a very helpful thing to do when you're feeling that angry.

I feel really lonely. What can I do?

You can feel very lonely when you're grieving, and as though you are the only person in the world who has lost someone when they have died.

What can help is talking to another child the same age as you who is also grieving, and a good way to do that is to join a bereavement group. Someone in your family or maybe in your school can find a bereavement group in your area and you can decide if you want to go along or not.

Does talking about death make it easier to cope with?

Maybe the adults around you are grieving themselves. Maybe you feel that if you try and talk to them about it you're going to make them even more upset.

You could find someone else who isn't directly connected to the person who has died to talk to. A teacher, for example, can be really good at listening.

Isn't it better to pretend nothing has happened?

It's not usually a helpful thing to do, so it is better to think about it and to talk about it if you can.

My best friend's family member or pet has died. What should I say?

The best thing to say when someone has died or when a pet has died is very simple - just say that you're very sorry, and then if your friend wants to talk about it, they will.

If they don't want to talk about it then they won't say anything to you and they'll just carry on playing or whatever it was you were doing.

However, it is really important that you have said something, and that alone is really helpful for your friend.

We all die at some time. It's a natural, normal event, and it's part of the life cycle and hopefully when we die we are old. Grandparents die all the time.

However, what is very sad is when someone dies when they are young, and that can be much harder to bear than when it happens when someone is old.

Why do people die?

There are all sorts of reasons why people die. Sometimes it's because they're old, and they've come to a natural end of their lives, or maybe they've had a very serious illness and the doctors and nurses haven't been able to make them better, or maybe it's because they were involved in a road traffic accident.

But the important thing is that it doesn't matter how someone has died. It's good to be able to think about them and remember them, and remember happy times as well as sad times that you shared with them.

What happens when someone dies?

When someone dies, their body stops working. They're not breathing, they don't feel anything and they don't need anything to eat or to drink.

They might look as though they're asleep, but actually they're not asleep. There is no life inside them.

When someone dies we have something called a funeral, and a funeral is a very special ceremony where people who knew the person who died will get together and think about that person, remember them, and say goodbye.

Where to go for advice on child bereavement

How do you make a memory jar?