Egypt protests: what happened in Egypt? 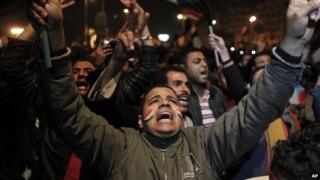 Newsround's guide to to the protests in Egypt: who was protesting, what they wanted, and how it might affect the rest of the world.

Men, women and even children have been protesting on the streets of major cities in Egypt, because they are not happy with the way their country is run.

How did the protests start and what has happened? 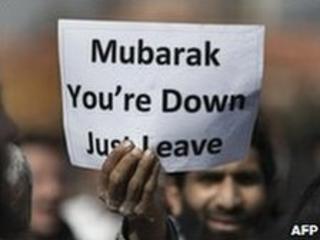 The protests began on 25 January 2011 when thousands of Egyptians gathered in the capital city Cairo after an internet campaign.

It was inspired by the protests in Tunisia in the same month.

The police used water cannon and tear gas to try to stop the protesters, and the government imposed a curfew - an order that means everyone has to be indoors after a certain time of day.

But the people ignored the government and even more demonstrations happened in the main cities of Egypt - Cairo, Alexandria, Suez and Ismailiya.

On 2 February, supporters of the government surged into Tahrir Square in Cairo and violent fighting broke out between them and the protesters.

Around 300 people were killed in the first 10 days of clashes, according to UN estimates. 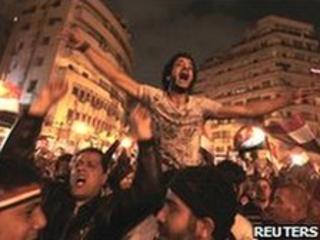 On 11 February, the 18th day of protests, Egypt's Vice President Omar Suleiman announced on Egyptian TV that President Mubarak was stepping down.

The news was greeted by scenes of huge celebrations in capital city Cairo's Tahrir Square, which had become the heart of the protests.

Thousands of protesters cheered, embraced, waved their flags and honked car horns when they heard Mubarak was finally going.

It was announced that the military would run the country for the time being.

What did the protesters want? 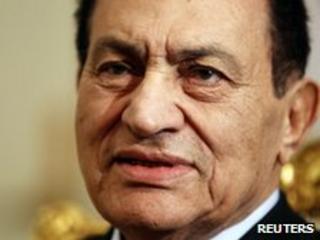 The protesters were calling for their president, Hosni Mubarak, to step down after 30 years in power.

They weren't happy with the way he and his government were running the country.

The demonstrators said he wasn't doing enough to stop poverty and corruption, or to make sure there were enough jobs to go round.

How did the president respond to the protests?

At first, President Hosni Mubarak made a speech on television and sacked his cabinet.

He asked some of the new members of the government to look at creating more jobs and sorting out the economy.

The authorities in Egypt blocked internet and phone access to try to make it harder to organise protests, but they were later restored. 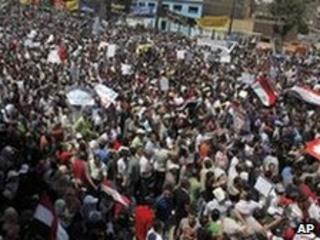 On the eighth day of demonstrations - which saw the biggest protests up until then - Mubarak announced that he would quit, but not until September, after the country's elections.

That wasn't enough for many demonstrators, who continued to protest and call for him to go straight away.

On 10 February, President Mubarak went on TV and again refused to go.

But the day after, his Vice President Omar Suleiman told the protesters what they longed to hear - Mubarak was quitting.

Who were the protesters?

There wasn't one particular person who led the demonstrations against President Mubarak.

It seemed to be a big section of the Egyptian population, from old to young and rich to poor.

There were groups within the mass uprising, and some reports say they met to try to agree a way of bringing together all the opposition movements. 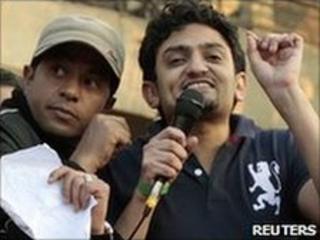 On 7 February, the protests found itself a figurehead in a Google marketing executive called Wael Ghonim.

He had used Facebook to help start the protests, but was locked up in police custody for 12 days.

When he was released, he did an interview on national TV and wept - this emotional interview helped to re-energise the protests.

Many of those who kickstarted the protests were well educated and tech savvy people like Wael Ghonim, who had only known an Egypt under President Mubarak.

What's the role of the military? 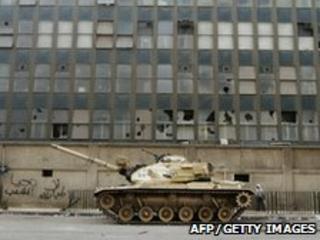 AFP
A tank in Cairo

The military is very important in the uprising in Egypt. Mubarak has handed control of the country to the army for the time being, following his resignation.

Throughout the protests, the military played a big balancing act between Mubarak and the protesters, trying to stay neutral while keeping order.

On 31 January, it promised to not use any force against the protesters.

But when violence broke out in Cairo, the army hinted that it might fire at government supporters if they continued firing at the protesters.

How might it affect the rest of the world?

Egypt is an incredibly important country in the region, the Middle East. It's even called 'umm al-dunya', which means 'mother of the world' in Arabic.

It means that whatever happens in Egypt affects the rest of the Middle East.

There are lots of other countries in that region that also don't have democracies - that's when the people choose the government, like here in the UK. Their leaders might be worried about people rising up against them in their countries, now that Egyptians have.

How have the rest of the world responded?

Leaders across the world wanted to see some kind of solution to the uprising. 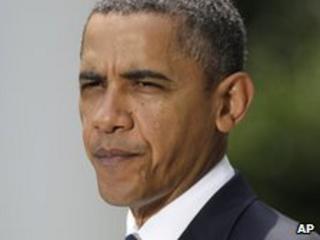 Egypt is the USA's biggest ally in the Middle East, and they give more than one billion dollars a year to the country in aid.

US President Barack Obama has called on Egypt's military to start preparing the way for free and fair elections.

During the protests, most international leaders advised Mubarak not to use any violence against the demonstrators.

The military has been put in charge of the country for the time being, now Mubarak has gone.

Army officials have vowed to guide Egypt to greater democracy. People are now waiting for details on how the country will be run.