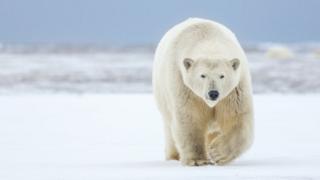 International Polar Bear Day is on 27 February - it's a time to celebrate the magnificent mammals.

These creatures spend most of their lives on the sea ice of the Arctic Ocean - and thrive in some of the world's coldest environments.

There are an estimated 21,000 - 31,000 polar bears on the planet, but like many other animals, they are at risk as a result of climate change.

Scroll down for some fantastic facts about this spectacular species and tell us why you love polar bears below.

Polar bears have black skin beneath all of their masses of fur, which is actually see through.

They only appear white because their fur reflects the light. 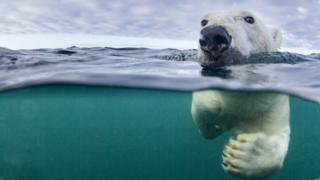 Getty Images
They are strong swimmers

Polar bears are brilliant in water! They have big paws, which they use to paddle through those icy deeps.

In 2008, US scientists used radio collars to track polar bears' movements. They recorded one female, who swam 687 km for nine days without stopping, all to find food.

Another polar bear was tracked swimming continuously for 100km in 1988.

No one truly knows how far polar bears can dive underwater - the deepest dive measured was 6m in 1988. 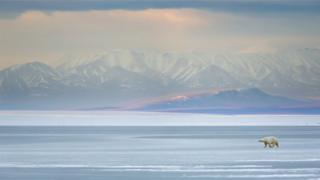 Getty Images
They can run at super speeds

On land, a polar bear can reach speeds of up to 25 mph (40 kph) when sprinting short distances, to catch their prey.

One very cool feature is that they have hair on their paws to stop them slipping on the ice.

And they are not just fast on land, they can swim at around six mph (10kph).

They weigh a tonne (well almost!)

According to the World Wildlife Fund (WWF) male polar bears can weigh up to 800kg and are about twice the size of females.

They are nearly three metres long, which makes them the biggest meat-eating land animal in the world.

But, the WWF says polar bears start out smaller than humans: "When polar bear cubs are born, they weigh around 700g - five times less than an average human baby and roughly the size of a guinea pig.

"Pregnant mothers build dens between October and November, and can give birth anytime between November and January.

"The temperature inside a cosy maternity den can be as much as 21˚C warmer than outside."

They live for a quarter of a century

In the wild, polar bears usually live around 25 years, but can live longer in captivity.

The oldest polar bear was called Debby. She died in captivity at the age of 42. 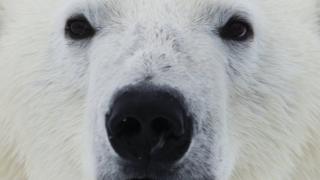 If climate change carries on at its current rate, there will be "few" polar bears left in the Arctic by 2100, according to a study by Polar Bear International.

Dr. Steven Amstrup "found that moderate emissions reductions" would help polar bear numbers, but would be unlikely to prevent extinction in the Arctic.

Polar bears live on ice sheets and need this sea ice to catch their seal prey.

Sea ice that stays in the Arctic for longer than a year has been declining at a rate of around 13% per decade since satellite records began in the late 1970s.

Climate change is causing ice sheets to melt at an increased rate so the bears are forced on to land or other areas to find food, which is much harder for the species.

If the females do not get enough food they are not able to make enough milk for their cubs, which means fewer will make it to adulthood and overall numbers will drop.

He said: "Polar bears not only have strong cultural significance for Arctic people, but also play a vital role as a sensitive indicator of the health of the Arctic food chain.

"Their Arctic home is warming more than twice as fast as the rest of the planet, and sadly almost a third of the region's polar bear population could disappear in the next 30 years if we don't take bold action to stop the climate crisis.

"Polar bears spend most of their life on or around sea ice, but the climate crisis is quite literally melting the ice from beneath their paws - their home is disappearing from under them.

"Polar bears hunt, travel, mate and rest on sea ice, but if global temperatures rise by 2°C, summers in the Arctic could become virtually free of summer sea-ice by 2050.

"This would be devastating for polar bear populations."

We want to know what you love about polar bears and if you have any more cool facts to share. Let us know below.

Climate change: World must tackle climate change with same 'unity' as against coronavirus