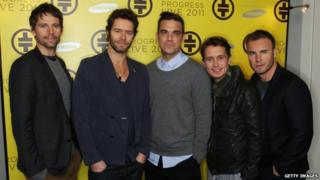 From making records to smashing them - Take That have broken several with their Progress Live tour.

Their eight concerts at Wembley Stadium in June and July made a whopping £38million - the most money ever for one series of gigs!

The band's eight shows at the City of Manchester Stadium in June were the second highest grossing concert series.

The previous record of around £24million was held by American singer Bruce Springsteen. 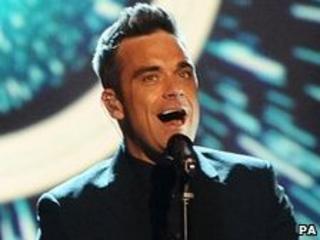 Meanwhile, Robbie Williams is on the mend after suffering a bout food poisoning.

He said on his website on Thursday: "Can walk and talk but still feel zapped."

The band had to cancel a concert in Copenhagen, Denmark, on Saturday because he was too poorly to perform.