Space shuttle Atlantis on way back home to Earth 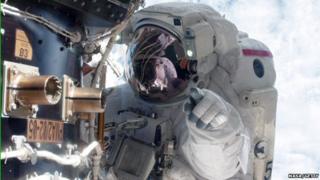 Shuttle Atlantis has left the International Space Station and is now heading back home to Earth for the last time.

It should land in Florida, America, on Thursday morning and will mark the end of the 30-year shuttle project by American space agency Nasa.

Before the Atlantis crew left they gave the space station astronauts two gifts.

They gave a model of the shuttle and a small American flag that flew on the first space shuttle mission in 1981.

The flag will stay there until the first American commercial company flies an astronaut space vehicle out to the International Space Station.

On its journey back home, Atlantis will take photographs of the outside of the space station. The images will help engineers on Earth understand how the materials, that make up the floating science lab, are coping up in Space.