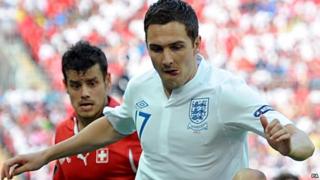 Liverpool have completed the signing of midfielder Stewart Downing from Aston Villa for an undisclosed fee.

Downing told Liverpool's official website: "It's been a long time coming and I've had to wait a few weeks, but I'm really pleased to be here."

The England international put pen to paper on a long term contract after he passed a medical and agreed personal terms.

However, the news isn't likely to be welcomed by Villa fans who have already had to cope with the loss of Ashley Young to Manchester United.

New Villa boss Alex McLeish now has just under a month to strengthen his squad before his side's opening fixture against Fulham on August 13th. 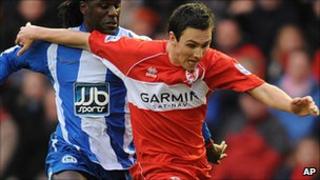 Downing had been a key member of the Villa team since his arrival from Middlesbrough for an initial fee of £10million in 2009 and went onto make 44 appearances last season, scoring 8 goals.

The 26-year-old, who is renowned for his ability to take players on and deliver dangerous crosses, is set to join a club where attacking wingers have enjoyed much success over the years.

John Barnes became a fan's favourite at Anfield after his dazzling performances on the left for Liverpool in the 80s. More recently, Steve McManaman also became a hit following his trademark dribbling skills in the 90s.

Current Reds boss Kenny Dalglish will be hoping that the signing of Downing will boost Liverpool's chances of a top-four finish in the Premier League this season.