Earth - facts about planets in the solar system 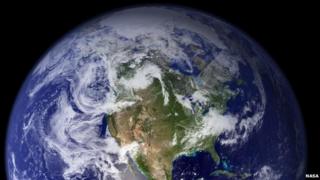 Earth is our home planet and the only one known to support life. It is the fifth-largest planet and is orbited by one moon.

Our planet is the only one in the solar system to have water in its liquid form, which allows it to support life.

71% of Earth's surface is covered in water and the oceans help to keep the temperature cool enough for life to survive.

The surface of our planet is very young because it is always changing. The surface is made up of different sections called tectonic plates which move over time, re-shaping the Earth's surface.

Even though the Earth is over 4 billion years old, it is expected to support life for another 500 million years.