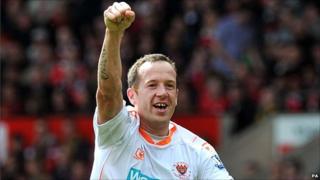 Liverpool have completed the signing of Scottish midfielder Charlie Adam from Blackpool for an undisclosed fee.

The 25-year-old impressed a host of top clubs last season with dynamic performances in midfield for Blackpool, who were relegated from the Premier League on the final day.

Adam's future with the Tangerines had looked uncertain for a while after he asked for a transfer last season, after a £6.5 million bid from Liverpool was rejected.

The midfielder then looked set to sign for Tottenham in January's transfer window but the deal wasn't completed in time and Adam stayed on to captain Ian Holloway's side for the remainder of the season.

He signed for Blackpool from Scottish side Rangers in 2009 for a bargain price of £500,000 and scored 28 goals in 78 games for the Seasiders - including some of his trademark free kicks!

Manager Kenny Dalglish has been in hot pursuit of new players to bolster his squad ahead of the new season and had an offer of £15 million for Aston Villa midfielder Stuart Downing rejected earlier this week.

Elsewhere on the footie transfer front, Luka Modric looks set to remain a Tottenham player after the club rejected an approach from Chelsea to sign the Croatian. 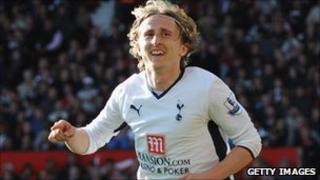 Getty Images
Luka Modric looks like he may stay at Tottenham

Spurs don't want to sell the midfield maestro and have said he's not for sale at any price!

Both players had spent over 10 years at United, winning a host of major trophies in their time, but had found first team opportunities hard to come by in the past few seasons.

Manager Steve Bruce has now signed a whopping total of eight players in preparation for the new season!

Keep checking the Newsround website for all the big footie transfer news.