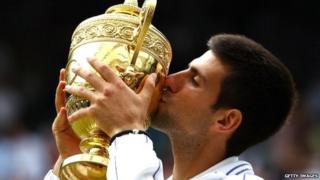 Novak Djokovic has won his first Wimbledon title with a stunning win over Rafael Nadal.

The Serbian, who's 24-years-old, is now officially the best tennis player in the world.

It was his 50th win in 51 matches this year, and it was his fifth win over Nadal this year.

Djokovic has won the Australian Open twice, so this is his third Grand Slam victory.

He was so happy with his victory that he sank down to the floor and ate the grass on Centre Court! 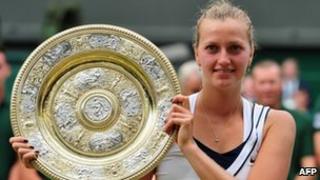 She said: "I was surprised how I was feeling on the court because I was focused only on the point and on the game and not on the final and the medal. So I'm so happy for that." 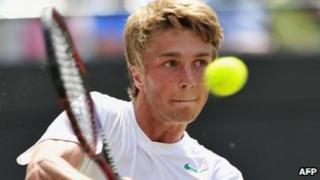 He lost out to Australia's Luke Saville in the final.

He said: "During the whole match I didn't serve my best.

"He managed to break me at the start of the second set and started to serve better himself, and the match just slipped away."