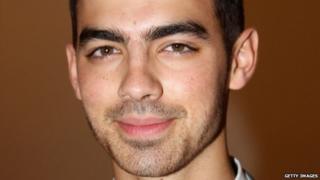 Joe Jonas has said that the Jonas Brothers are NOT splitting up.

Joe's just released his first ever solo single called See No More and rumours started spreading that it meant the group had decided to call it a day.

But Joe said: "We're definitely still a band and we'll be a band for as long as we can. We'll make music when the time's right. We're not splitting up."

He described his solo album as a dream come true, and said his brothers are really supportive.

"My brothers' support is the biggest thing for me. I text them quite a bit. They're happy for me to do other stuff."