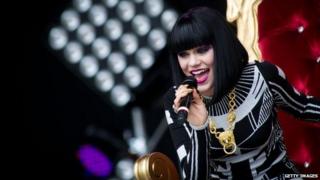 Jessie J has pulled out of a number of summer festivals after needing surgery for a broken foot.

Doctors have told the singer she needs to rest after being treated in hospital.

It means she won't be able to perform at T In The Park, Lovebox and the iTunes festival.

The injury happened when Jessie fell off stage rehearsing for a concert two weeks ago.

She ignored doctors' orders to sing at the Glastonbury Festival with her leg in a protective boot, but she won't be able to perform at any more.

Jessie said: "Sorry doesn't feel enough to say. I am devastated for my fans that I know have been waiting to see me and working hard for tickets."

But don't panic all you Jessie J fans out there! She begins her own headline tour in October.