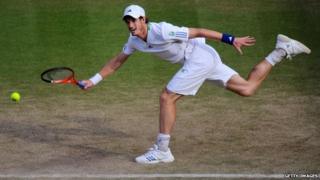 Andy Murray has a massive challenge on his hands.

He's taking on the best player in the world, Rafael Nadal, in the Wimbledon semi-finals this afternoon, but Andy says he's ready!

Nadal beat him in the same stage at the tournament last year, but Andy reckons he can win this time around.

Andy says: "I just have to go out there and play well, serve well, and believe I'll have a chance."

Nadal will go into the Murray match the favourite. He's played Andy 15 times and won 11 of them, including in the French Open semi-final just four weeks ago.

Andy says: "The chance to make a Wimbledon final is an opportunity to make history."