To a lot of Americans, the racial disparities shown in the number of people dying of coronavirus-related causes have sadly been unsurprising.

The cities of Chicago, New Orleans, Las Vegas and states of Maryland and South Carolina are among those now starting to report data based on race, and show an over-representation of victims who are black.

While some of this could be due to the long-standing inequality issues in the US that we have become familiar with, other reasons are perhaps more unexpected and could potentially have been dealt with.

Here are the experiences of three people affected by the crisis in different ways - their stories explore why black Americans appear to be more at risk.

'It's ravaging my community'

"My sister Rhoda was the matriarch of our family. She was the first in our family to go to college, got a degree and became a public school teacher," says Reverend Marshall Hatch of Chicago.

"She was just a very warm and friendly person. Very, very genuine. Pure in her personality and very generous."

Reverend Hatch had been extremely close to his elder sister who had often played the organ in his church. But 73-year-old Rhoda Hatch passed away on 4 April after spending eight days on a ventilator.

In fact, four people close to him have now died from it and he talks of it utterly ravaging the mainly African American neighbourhood of West Garfield Park in which he lives.

"We have been trying to find a grave for my sister for a Saturday burial, but it has been harder than ever," says the Reverend.

"But it's almost like we could have predicted that when a plague like this came along, that it would disproportionately affect people who are already under siege of economic violence."

According to census data, West Garfield Park already had a life expectancy a full 16 years lower than a predominantly white neighbourhood of Chicago just three miles away. 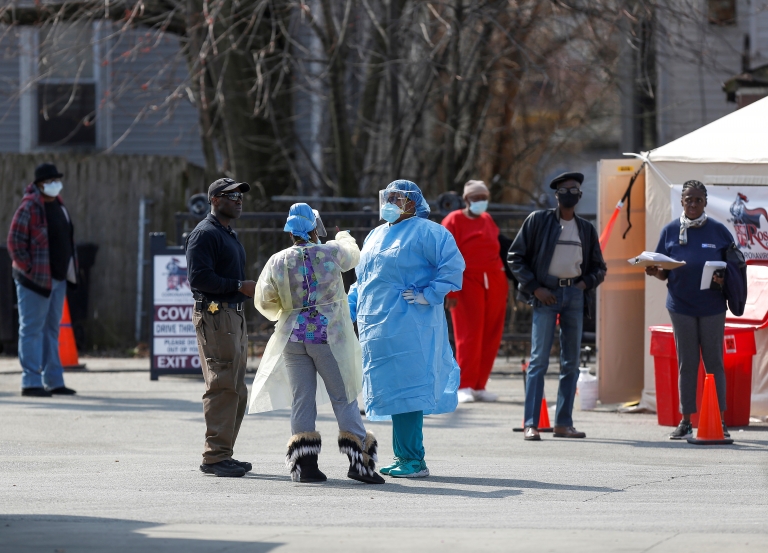 The data released so far shows 68% of the coronavirus deaths in the city have been of African Americans, when they make up around 30% of the population.

People in Reverend Hatch's area are less likely to have health insurance and more likely to live in overcrowded accommodation as compared to the general population.

Young black men have also posted on social media that they have been harassed by security guards in shops or even told to leave if they use a cloth covering for their mouth and nose.

'If I get sick, I'm still working'

"The customers who are coming up in there, you never know who's got something."

Twenty-four-year-old Clarionta Jones from New Orleans is scared of catching the virus, but feels she has few options. She works in a shop and as such is considered essential.

"I've got the only income that's coming into our house and even with everybody getting laid off, they have still told us we have to come up with April's rent," Clarionta tells me.

"And honestly, if I'm sick I'm just going take something for it and go to work. I don't want to miss my check, I have two kids. This is not a choice."

Clarionta tells me her managers have even told staff they cannot wear gloves and masks when interacting with customers. She did not feel she could argue for fear of losing her job.

In countries around the world we are seeing essential and service workers, often with low incomes, in the line of Covid-19's fire. In the US, "low income" disproportionately means "black" or "brown".

But then Clarionta said something surprising.

"First I heard black people weren't affected by the coronavirus. I mean there aren't really black people in China and when it started here it was a lot of other races affected."

This was not just misinformation in New Orleans but was widespread in communities across the country.

In retrospect, some health experts feel more could have been done to fill a vacuum in knowledge about the virus much earlier.

'Structural racism is to blame'

As health commissioner in a city where nearly 40% of the residents are black, this misinformation was something Dr Jeanette Kowalik dealt with on a daily basis in her work in Milwaukee, Wisconsin.

But just as her department was forming strategies to counter the narrative that the virus was something associated with foreign travel, Covid-19 struck her city.

"In the first week, there were maybe 80 cases in the city, and 70% of them were black," Dr Kowalik tells me.

She lays bare what she thinks is the major reason why African Americans are at a disadvantage when it comes to Covid-19.

"African-Americans have more of the underlying health conditions associated with fatality (among those with coronavirus); the heart disease, diabetes, asthma, obesity," says Dr Kowalik. 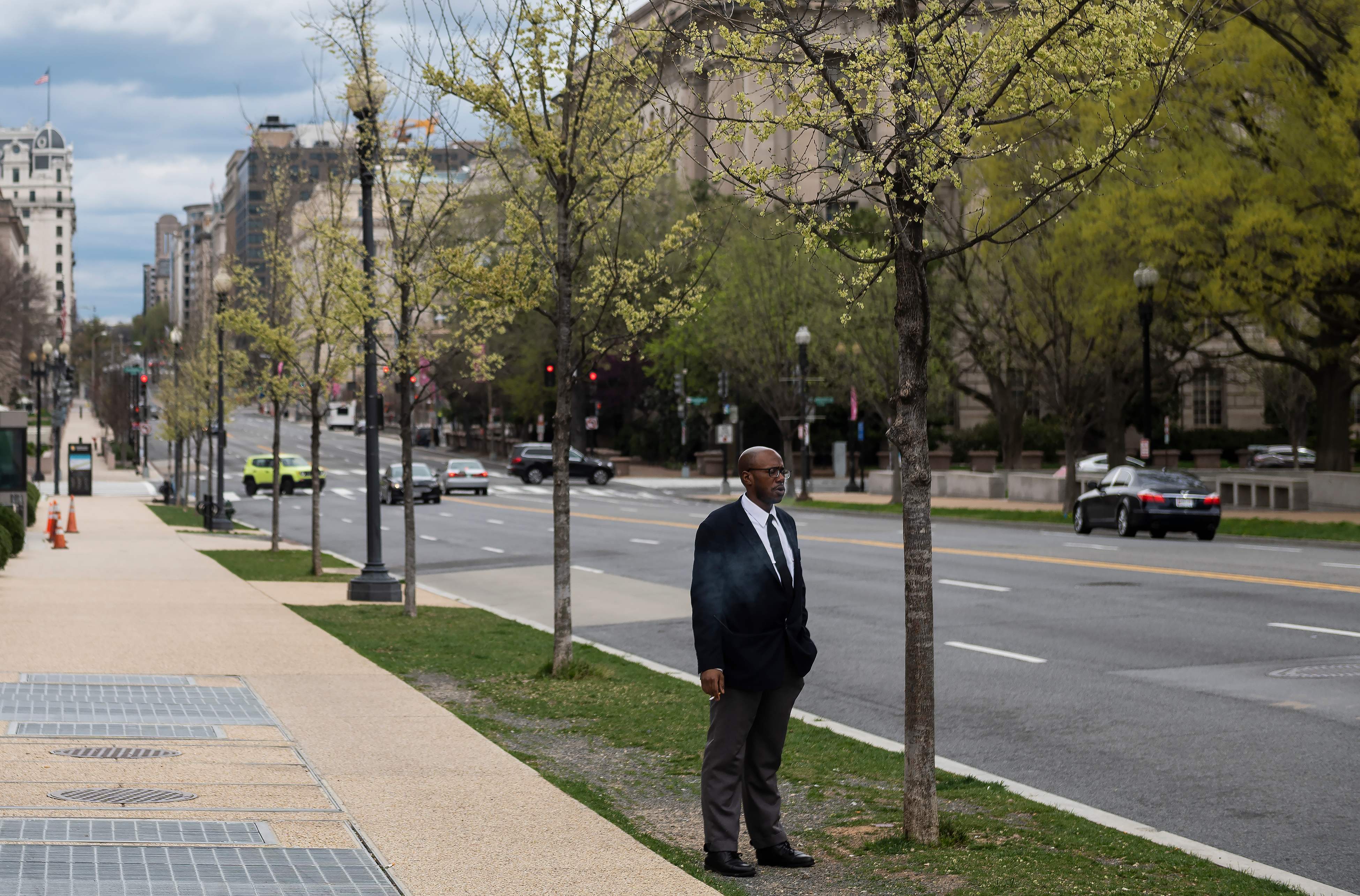 She also talks of more subtle ways in which the health of African Americans may be compromised, pointing to studies that suggest that prolonged raising of stress hormone levels like cortisol lead to premature aging of the body, and that some of that "weathering" has been tied to encountering racism.

"These are all things that can be tied back to the structural racism, the policies and practices that have been in place in this country for a very long time," she says.

Dr Kowalik says the way African Americans are being impacted by this crisis and the difficulties that remain in getting a coronavirus test in low-income communities has left people feeling they are being neglected yet again.

The story behind the myth - BBC Disinformation Team

Rumours that people with dark skin may be immune to Covid-19 have been circulating on social media since late January.

The speculation was apparently initially fuelled by the absence of coronavirus cases reported in Africa and the successful recovery in China of a Cameroonian student infected with the virus.

Several posts circulated on Facebook in mid-February wrongly claimed that the 21-year-old had been cured of the disease "because of his black skin".

But of course, there is no evidence that his recovery had anything to do with his complexion.

Nonetheless, the inaccurate claims were picked up by several English-language news websites and spread on social media in a number of African states, including Nigeria, Kenya, Uganda and Zambia.

The immunity myth has also been widely circulated online in the African American community, where it has featured in memes and viral jokes.