The small US towns of Rachel and Hiko, near the highly secret Area 51 facility in Nevada, are bracing themselves for a possible influx of visitors.

The viral Facebook event "Storm Area 51, They Can't Stop All of Us" is due to take place on 20 September - even though the person who came up with the idea says it was a joke.

What do we know about Area 51?

Area 51 refers to a map location and is the popular name for a United States Air Force base. It is at Groom Lake, a dry lake bed in the Nevada Desert, 85 miles (135km) north of Las Vegas.

What goes on inside is extremely secret. Members of the public are kept away by warning signs, electronic surveillance and armed guards.

The facility is next to two other restricted military areas: the Nevada Test Site, where US nuclear weapons were tested from the 1950s to the 1990s, and the Nevada Test and Training Range.

The entire range covers more than 2.9 million acres of land.

According to the US military, it represents "a flexible, realistic and multidimensional battle-space to conduct testing tactics development, and advanced training".

Why was it built?

Area 51 was created during the Cold War between the US and the Soviet Union as a testing and development facility for aircraft, including the U-2 and SR-71 Blackbird reconnaissance planes.

Although it opened in 1955, its existence was only officially acknowledged by the CIA in August 2013.

What goes on there today?

Although official information is sparse, it is believed that the US military continues to use Area 51 to develop cutting-edge aircraft. About 1,500 people are believed to work there, many commuting on charter flights from Las Vegas.

Annie Jacobsen, who has written about the history of Area 51, told the BBC that some of the world's most advanced espionage programmes are at the site.

"Area 51 is a test and training facility. The research began with the U-2 spy plane in the 1950s and has now moved on to drones", she says.

Are there aliens and flying saucers at Area 51?

The secrecy surrounding Area 51 has helped fuel many conspiracy theories.

Most famous is the claim that the site hosts an alien spacecraft and the bodies of its pilots, after they crashed at Roswell, New Mexico, in 1947. The US government says there were no aliens and the crashed craft was a weather balloon.

Others claim to have seen UFOs above or near the site, while some say they have been abducted by aliens, and even experimented on, before being returned to Earth.

And, in 1989, a man named Robert Lazar claimed he had worked on alien technology inside Area 51. He claimed to have seen medical photographs of aliens and that the government used the facility to examine UFOs.

Area 51's association with aliens may have served as a useful distraction for the intelligence agencies.

"As early as 1950 the CIA developed a UFO office to deal with the sightings of unidentified flying objects over Nevada. When people first saw the U-2 spy plane flying, no one knew what they were seeing," says Ms Jacobsen.

"The CIA used that disinformation to their benefit by fostering an alien mythology." 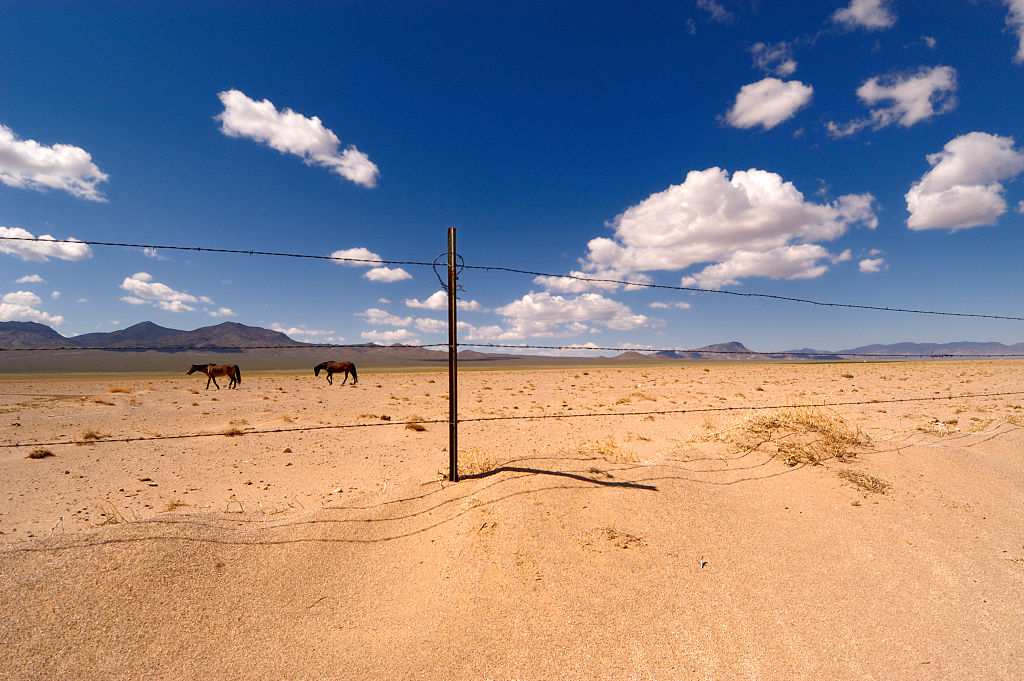 What happens if people 'storm' Area 51

Matty Roberts, 20, created a Facebook event proposing that "we can run faster than their bullets. Let's see them aliens". Two million people said they were "going", although a linked festival has since been moved because of fears of a possible "humanitarian disaster".

Warning signs around Area 51 make it clear that no trespassers will be tolerated.

The USAF warned that Area 51 "is an open training range for the US Air Force, and we would discourage anyone from trying to come into the area where we train American armed forces".

It added: "The US Air Force always stands ready to protect America and its assets."