It's fair to say that US President Donald Trump takes pride in his health.

After all, he has said that his "stamina and strength" are some of his greatest assets and has boasted about his "great genes".

But now he has been accused of sharing doctored images in which his physical condition has been visibly enhanced.

A number of pictures, first identified by the website Gizmodo, appear to show the president looking slimmer and neater than in the original version.

Social media users were quick to point out the possible tweaks to this image, which was shared on Mr Trump's official Instagram and Facebook accounts.

The original version, which was posted on the White House's Flickr page, appears to have a few key differences.

Interactive Use the slider to see how the images compare 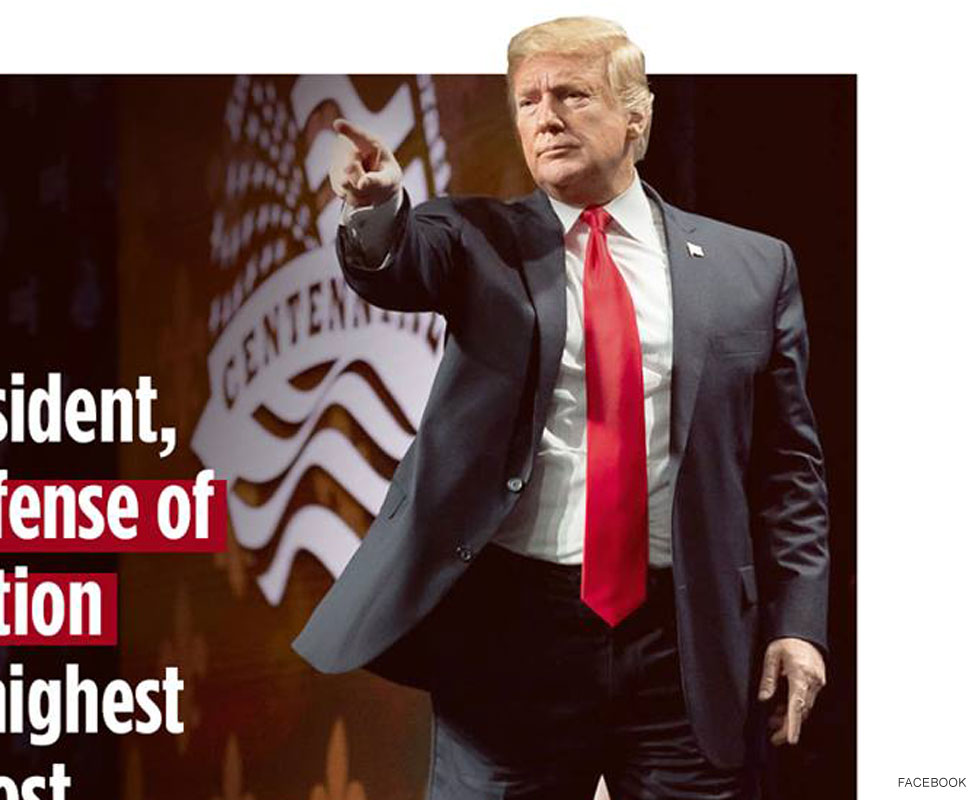 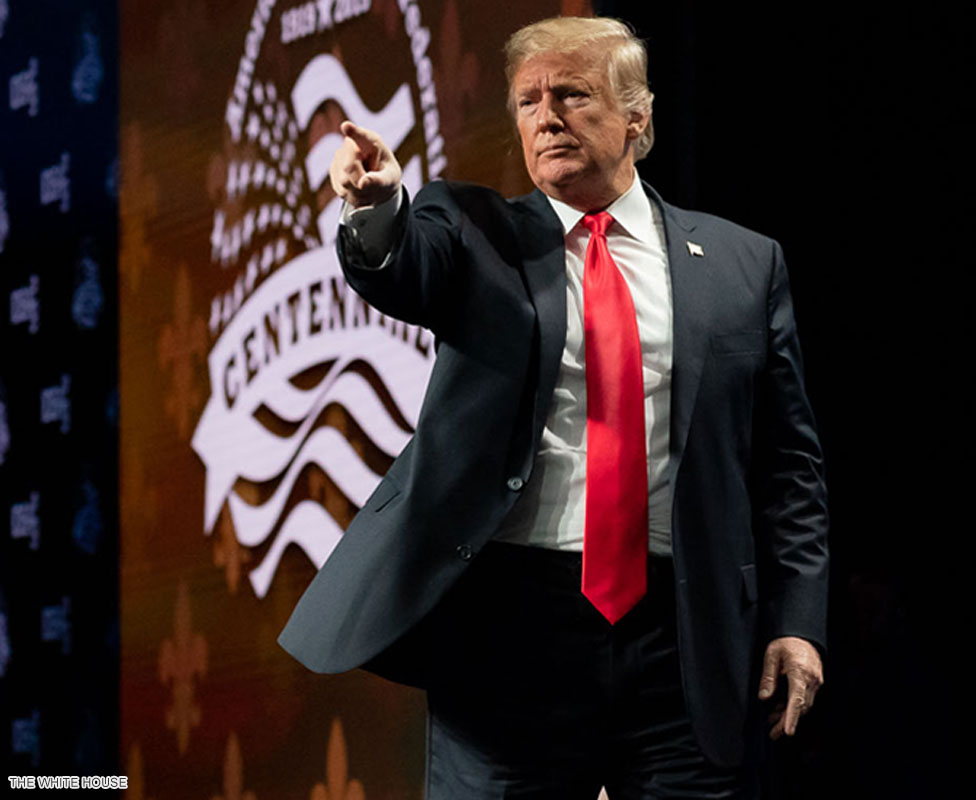 The ruffles in the president's suit have been smoothed out near his shoulder and he looks trimmer, specifically around his neck.

His hair also seems tidier, although this could be a result of the image being superimposed on a different background, and his face has been brightened.

One of the more unusual differences is that Mr Trump's fingers seem to have been made longer.

The size of his hands has been the subject of ridicule from political opponents and comedians in the past.

"I do not understand why his hands are the size of someone who is 5ft 2ins," rival Republican candidate Marco Rubio quipped in 2016.

Mr Trump soon responded, asking a studio audience during that year's election campaign: "Do these look like small hands?"

Interactive Use the slider to see how the images compare 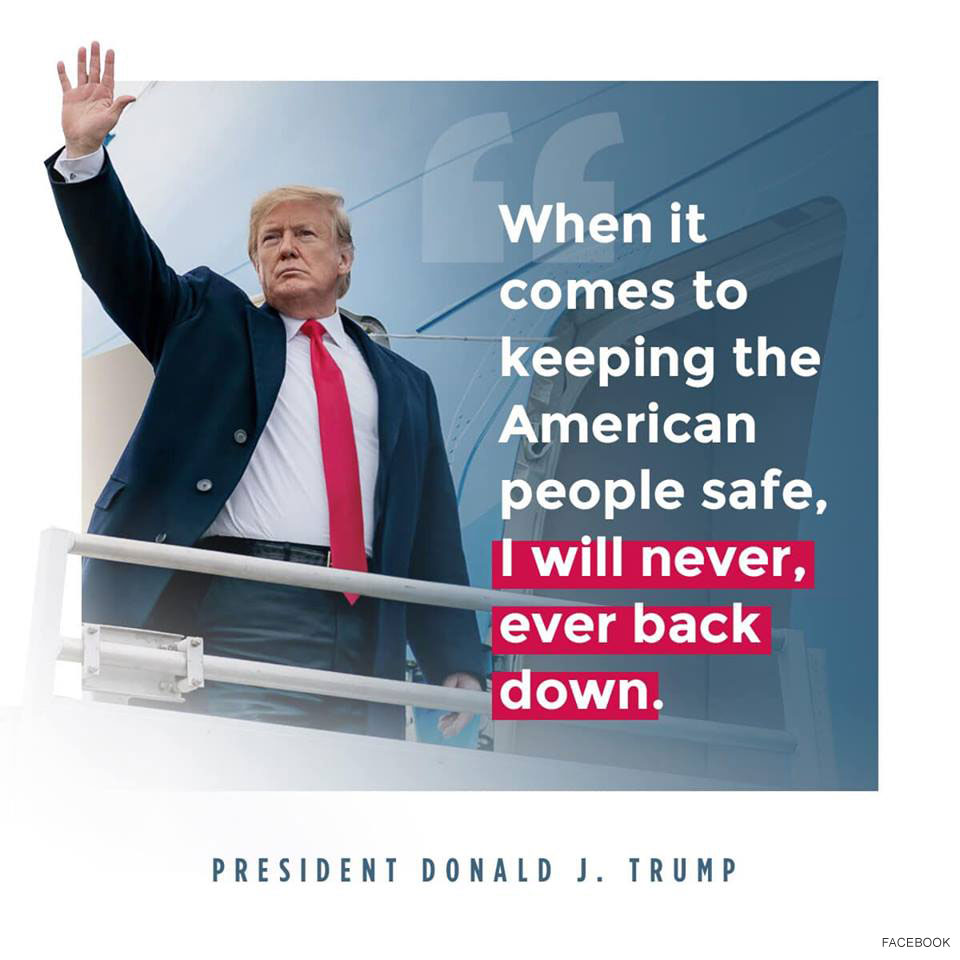 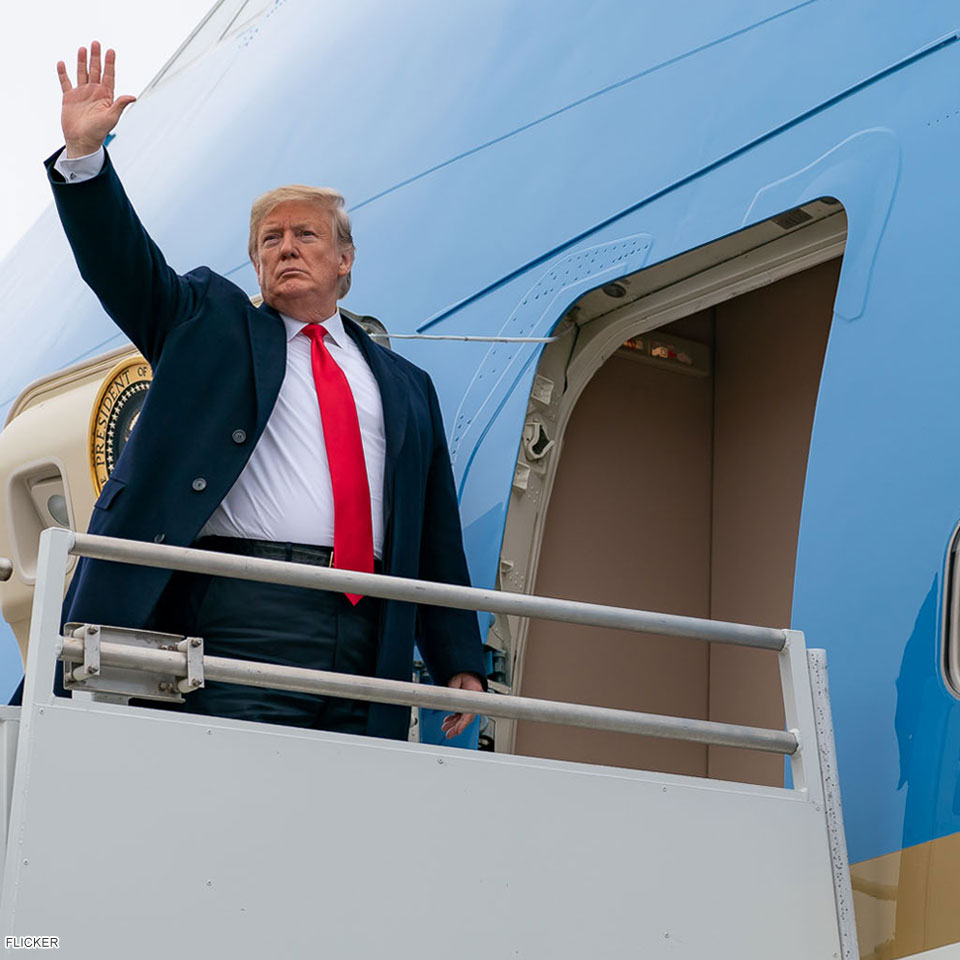 Another image of Mr Trump in which he can be seen waving from the presidential plane, Air Force One, also appears to have been edited.

The original version can be seen here and was taken by White House photographer Tia Dufour.

Once again, the president looks slimmer around the neck and his stomach looks flatter than in the version that was posted to Facebook.

Mr Trump and the White House have not commented on the alleged edits.

But this is not the first time people have criticised images of the Trump family for their apparent enhancements.

In 2017, critics said that the first official portrait for First Lady Melania Trump had been "heavily airbrushed" before it was released by the White House.

What can I expect when I go to university this year?