Some 3.2 million people have also been displaced internally over the same period, according to a new report.

The UN accuses so-called Islamic State of systematic and widespread violence, including holding some 3,500 mainly women and children as slaves.

UN High Commissioner for Human Rights Zeid Raad Al Hussein said the report "starkly illustrates what Iraqi refugees are attempting to escape when they flee to Europe and other regions. This is the horror they face in their homelands".

The report, by the United Nations Assistance Mission for Iraq and the Office of the High Commissioner for Human Rights, is based on interviews with the displaced and direct testimony from victims, survivors or witnesses of rights abuses.

Documented cases of IS abuse in 2015

10 July: IS militants force victims to lie down in central Mosul in front of large crowd. A bulldozer is driven over them

4 June: Two young males and a 60-year-old man thrown from a building in Ninewa for alleged homosexual acts

1-2 August: IS militants allegedly kill 19 women in Mosul for refusing to have sex with fighters

21 June: Women offered as sex slaves to the top three winners of a Koran memorisation competition in Mosul

23 June: IS group video shows men placed in a car and hit by rocket-propelled grenade; men drowned in a cage; men decapitated with explosives

12-15 July: Four imams in Mosul accused by self-appointed IS court of conducting forbidden taraweeh Ramadan prayers. Shot in the head

Source: UN Report on the Protection on Civilians in the Armed Conflict in Iraq 1 May-31 October 2015

In particular, the figures from the conflict-torn western province of Anbar, much of which is held by IS, might not fully reflect the situation.

About half of the deaths were recorded in Baghdad province and improvised explosive devices (IEDs) were the deadliest tactic used against civilians.

Nevertheless, the figures for civilian deaths are still significantly below those recorded at the height of the sectarian insurgency in Iraq in 2006 and 2007.

Before so-called Islamic State swept across large areas of the country in 2014 and except for the 2006-07 sectarian war between Sunnis and Shia, the civilian death rate was much lower than the toll in this latest UN report.

The monthly average rate between 2010 and 2013, for example, was about 400 deaths, which also included domestic violence and crimes.

The latest figure will also certainly be much higher than the UN reports, because there are many no-go areas for activists and journalists.

IS militants brag about killing anyone who they perceive as "non-believers" of their extremist Islamist ideology. Followers of other religions have also been singled out - with Yazidis and Christians taking the brunt of summary executions and murders.

And Baghdad still represents a large percentage of civilian deaths, with IS militants targeting shopping centres, cafes, schools and markets.

"These acts may, in some instances, amount to war crimes, crimes against humanity, and possibly genocide."

The report documents killings by IS militants "in gruesome public spectacles, including by shooting, beheading, bulldozing, burning alive and throwing people off the top of buildings".

It notes that up to 900 children have been abducted in the IS-held northern city of Mosul, to be indoctrinated and given military training.

Women and children were also subjected to "sexual violence", the report states.

It says about 3,500 people, mainly women and children and largely from the Yazidi community, were being held as slaves.

See where IS have made territorial gains and losses, Jan-Dec 2015 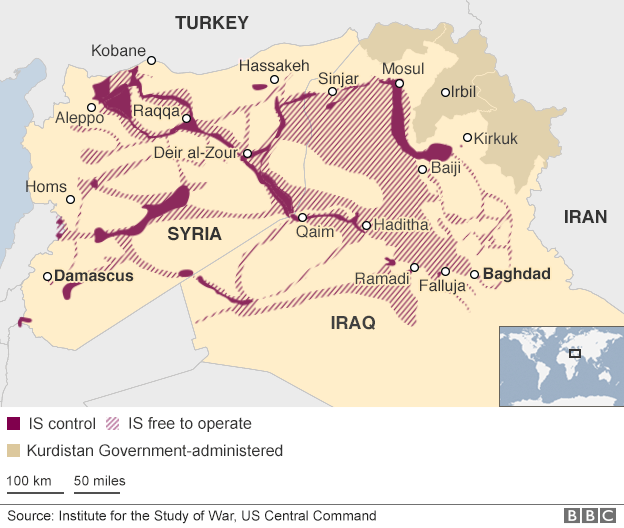 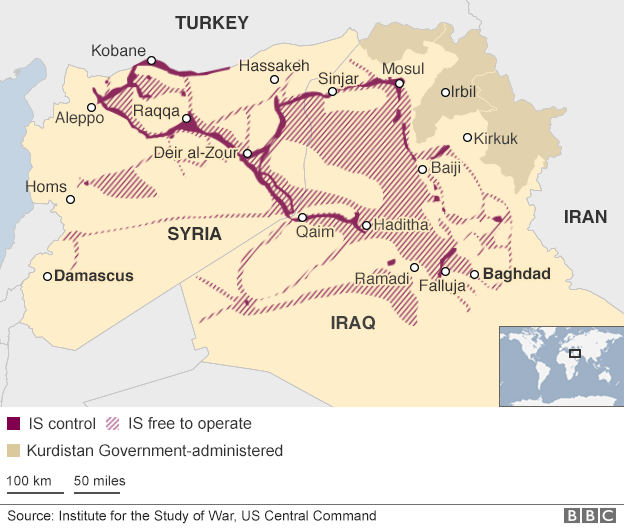 The UN Special Representative for Iraq, Jan Kubis, said the "scourge of IS continues to kill, maim and displace Iraqi civilians in the thousands and to cause untold suffering".

Civilians displaced by the conflict face difficulties in finding safety and if they do can be subjected to arbitrary arrests or forced expulsions, the UN says.

Mr Kubis urged the Iraqi government to "use all means to ensure law and order, necessary for the voluntary return of the internally displaced to their place of origin".

Mr Hussein said the "obscene" casualty figures did not fully reflect the suffering of civilians as many had died "from the lack of access to basic food, water or medical care".

The most up-to-date UN estimate of internally displaced people in neighbouring Syria is 6.5 million, while more than 4.6 million others have fled to neighbouring states - including almost 245,000 to Iraq.

More than 250,000 people are estimated to have been killed since the conflict erupted there in 2011.

Trump renews his attack on WHO over coronavirus

The president renews his spat with the global health body, arguing it got the pandemic "wrong".

Don't expect too much from lockdown review

Coronavirus: What is the risk to men over 50?