Hamas militants have launched a rocket on Jerusalem - the first time the holy city has been targeted in decades - and the first such attack from Gaza.

The missile was aimed at the Israeli parliament but landed outside the city and there were no casualties.

Israel has suggested it will intensify its strikes against Gaza targets, with more than 75,000 reservists reportedly put on stand-by.

Twenty-eight Palestinians and three Israelis have been killed since Wednesday.

Militants and civilians, including at least seven children, were among the Palestinian dead, Palestinian officials said.

While considerable attention has focused on the long-range Palestinian rocket attacks against Tel Aviv - Israel's largest population centre - this latest strike against Jerusalem once again raises the question of "red lines".

If these attacks persist - and especially if they cause casualties - could this be the development that sparks an Israeli ground incursion into the Gaza Strip?

Israeli commanders had confidently asserted after the first day of air strikes that they had destroyed the bulk of these longer-range missiles.

There does not seem to be a huge appetite at the political level in Israel for a ground operation. But the preparations are in place. With the civilian casualty toll in Gaza rising, a resolution to this crisis seems as far away as ever.

Hamas's military leader Ahmed Jabari was killed by an Israeli air strike on Wednesday. A senior commander was killed on Friday, Hamas said.

Two Israeli women and a man died when a rocket fired from Gaza hit a building in the southern town of Kiryat Malachi on Thursday, Israeli officials said.

Before the recent offensive, Israel had repeatedly carried out air strikes on Gaza, as Palestinian militants fired rockets across the border.

It is not clear if the rocket targeting Jerusalem was the same Iranian-built Fajr-5 launched towards Tel Aviv for the second day on Friday.

The rockets have an estimated range of 75km (45 miles).

A rocket landed in Gush Etzion, south of Jerusalem. Haaretz newspaper said it was the first time since 1970 that a rocket had been fired there.

Police were checking to see if a second rocket fell in the Jerusalem area.

Tel Aviv was earlier targeted for the second day, but a missile aimed at the city appears to have done no harm, with police officials quoted variously as saying it had landed in the sea or in an unpopulated area.

Rocket took off less than half a kilometre from our office in #Gaza. It was huge so we are bracing ourselves for an #Israeli response.

On the ground in Gaza

It is the first time Tel Aviv has come under attack since the 1991 Gulf War.

Analysts say it is the first time Gaza militants have deployed such powerful missiles.

An Israeli military spokesman said 550 missiles had been fired into Israel since Wednesday - 184 had been intercepted by its radar-protective system, Iron Dome.

The Israelis had hit more than 600 targets in Gaza, the spokesman said.

Israel says the assault is aimed at knocking out rocket-firing facilities. A spokesman said on Friday it had destroyed Hamas's "nascent" unmanned aerial vehicles (UAV) programme.

Your stories: Israel and Gaza

When the F16s fly low, it's like a monster chasing its victim

It was terrifying for my nieces and nephews

Israel and Gaza violence: Your stories

In pictures: Violence in Gaza and Israel

The Israeli government has confirmed "in principle" the call-up of 75,000 reservists, Israel Radio reports. The defence minister had earlier approved the army's request for more than 30,000 reservists.

Rumours have been swirling that a ground attack is imminent, but Israeli officials have said no decision has yet been made.

Western leaders have appealed for both sides to stop the escalation in violence.

Britain and Germany both said Hamas bears the brunt of the blame and should stop firing rockets immediately.

But Egyptian President Mohammed Mursi sent Prime Minister Hisham Qandil to the territory for a three-hour visit on Friday to show solidarity with the Palestinians.

"Egypt will not leave Gaza on its own, and what is happening is a blatant aggression against humanity," the president said shortly after Mr Qandil returned from Gaza.

Ties between Hamas and Egypt have strengthened since Mr Mursi's election earlier this year.

Hamas was formed as an offshoot of the Muslim Brotherhood, to which Mr Mursi belongs. 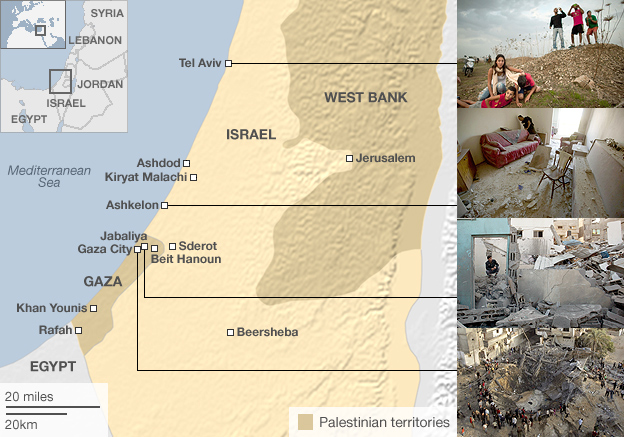 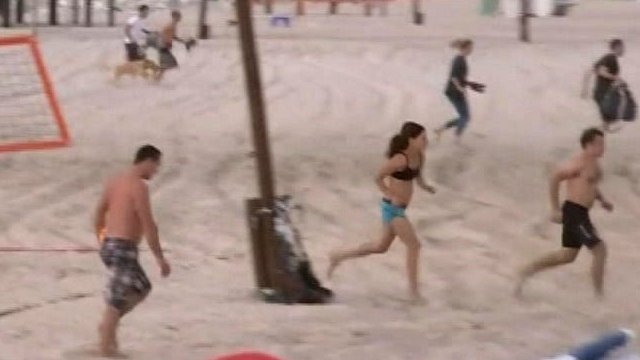 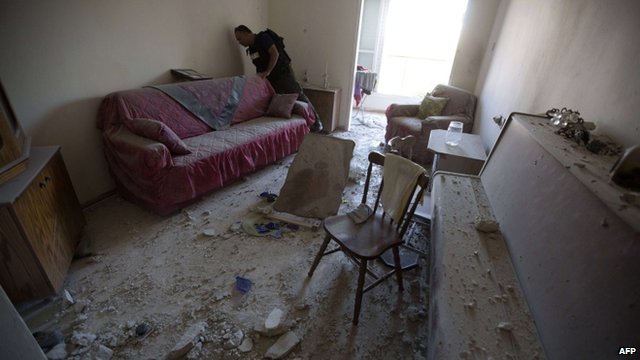 Ashkelon bears the brunt of rocket attacks on Israel 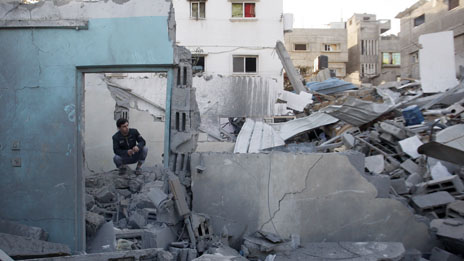 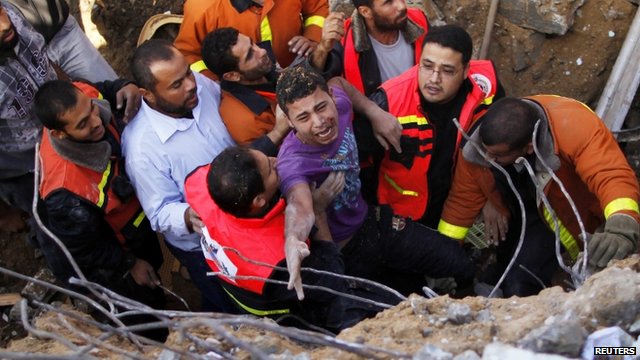 2. Projectile is identified and tracked by radar. Data is relayed to battle management and control unit

3. Data is analysed and target ting coordinates are sent to the missile firing unit

4. The missile is fired at the enemy projectile exploding nearby to destroy the munition

Are you in Israel or Gaza? Have you been affected? Send us your comments using the form below.