A Brazilian NGO based in the Amazon has denied that four volunteer firefighters arrested by police had intentionally started fires in the rainforest.

The men were part of the Alter do Chão brigade, which helped battle huge fires this year in the northern Pará state.

They were arrested after police raided the offices of Projeto Saúde e Alegria (PSA), or Health and Happiness Project, which has links to the brigade.

Rights groups and critics claimed the operation was politically motivated.

Earlier this year, thousands of fires ravaged the Amazon rainforest in Brazil. Far-right President Jair Bolsonaro at one point suggested non-governmental organisations were setting off the blazes, without providing any evidence.

In September, fires in the Alter do Chão region, a popular tourist area, reportedly destroyed an area equivalent to 1,600 football pitches and took four days to be controlled by volunteers and firefighters.

On Tuesday, 10 heavily armed officers raided the headquarters of PSA and seized computers and documents, according to the group.

PSA is a well-known, award-winning NGO founded in 1987 which also carries out social and medical programmes to remote communities in the Amazon.

Police said the operation was carried out as part of an investigation that pointed that NGOs, including the Alter do Chão brigade, had caused the fires aimed at generating donations. The four men had "privileged information and images of the fires" that were suspicious, they said.

"They filmed, published and then were called on by the government to help control the same fires that they caused," José Humberto Melo Jr, an officer involved in the raid, said in a statement. "They always claimed to be surprised upon arriving at the scene, but there was no other logical possibility."

However, local media reported that the phone conversations included in the police investigation did not prove the suspects were behind the blazes or that they had committed any crime.

In a statement on Tuesday, the brigade - which was set up last year and also had its offices raided - said it was "in shock" with the arrests and that "it was sure... the innocence of the brigade and its members [would] be recognised". 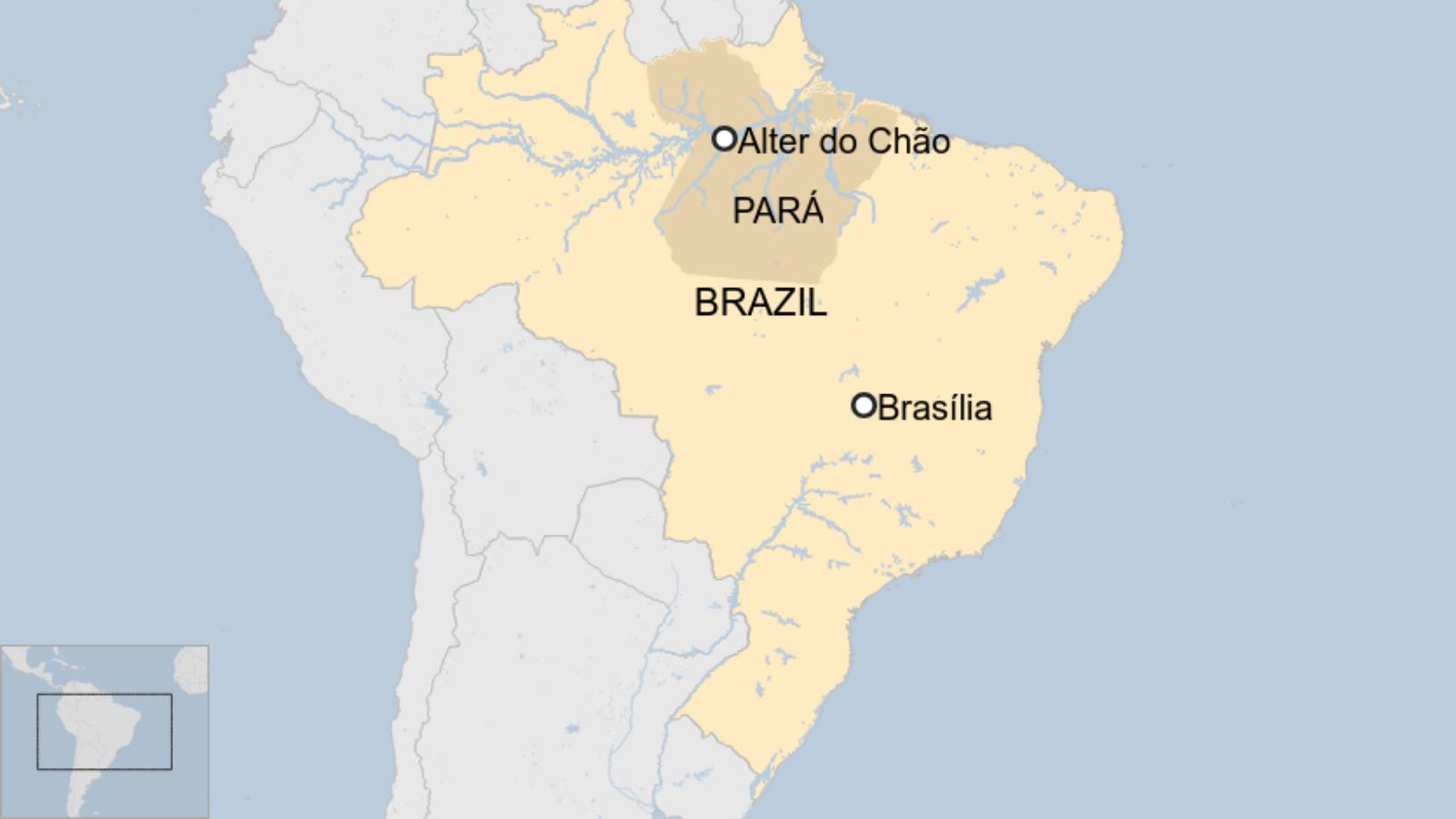 "We were all taken by surprise... There's nothing that justifies [the arrests]," PSA founder Eugenio Scannavino told the BBC. "The accusation is absurd. We believe this is an action to reinforce this narrative that NGOs started fires and are stealing money."

On Monday, Folha de S.Paulo newspaper reported that protected areas in Alter do Chão were being destroyed because of real estate developments, and that federal prosecutors suspected that one of the fires had been started by land grabbers.

Rights group Amnesty International said there was "no transparency or official information about the procedures adopted by the authorities" over the arrests, saying they were a "reason for concern". Greenpeace condemned the arrests as "an attempt to criminalise social movements and NGOs that work to preserve the Amazon."

On Wednesday, a judge in Pará refused bail to the four men arrested.