The crabs on Anne-Marie Darchen's fish stall move lazily across the white counter. The morning rush has died down in Le Havre's daily fish market, and a good number of those left milling around in the sun near the port are canvassing votes for Sunday's local election.

Ms Darchen doesn't think much of the campaign so far. "Apart from talking about coronavirus," she says. "The rest? Pfff."

Local elections aren't meant to be about national issues, but that's tough when your candidate is the prime minister.

Edouard Philippe's face - the face of France's battle with the pandemic - dominates the glossy leaflets being handed out to passers-by. 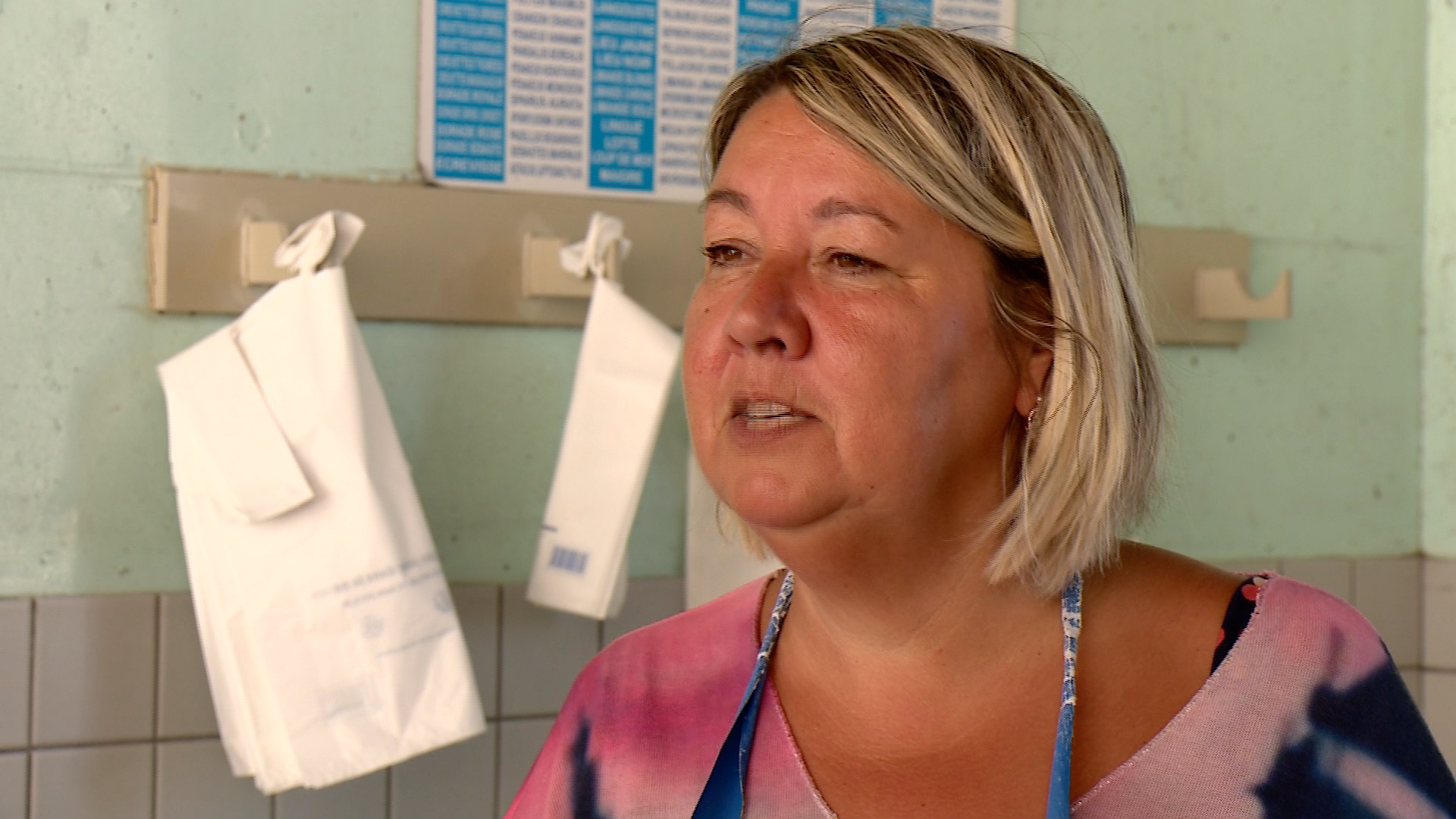 Some people think [Mr Philippe] will use his power and work for us from above. But I don't think [his government] is helping the little people

There's been plenty of time for the pandemic to influence feelings here.

France held the first round of voting three months ago as coronavirus took hold - a decision President Emmanuel Macron was widely criticised for. More than half of all voters avoided polling stations entirely.

Abstention is still expected to be high for the run-off contests on Sunday, many of them in France's most important cities.

What next for France's lockdown PM?

The current centre-right mayor, Jean-Baptiste Gastinne, who's a running-mate for Edouard Philippe, told me the prime minister's handling of the coronavirus crisis had put the wind into the sails of the campaign.

"We had a lot of cases in the east of France, then the virus travelled to Paris, and next it would have been Normandy," he said. "So for us, here in Le Havre, the lockdown arrived bang on time. There weren't too many cases, too many victims, and our hospitals weren't swamped like in other regions."

That's all very well, say voters like Anne-Marie Darchen, but the problem with electing a prime minister as mayor is that "he won't be here".

Mr Philippe has said that, if he wins on Sunday as he's predicted to, he won't take up the job until his role as prime minister comes to an end. That could mean waiting until 2022.

Then again, says political analyst Bruno Cautres, he could be looking for work much sooner. President Macron is rumoured to want a change of prime minister, to signal a fresh start for the government, post-Covid-19.

Why Macron has a dangerous decision to make

"Edouard Philippe comes from the centre right," Mr Cautres explained. "And the opinion polls say that Macron is quite popular on the centre right, so it would be risky for him to say 'we have a good person, doing a good job, who's very popular - but I'm not keeping him'."

The other danger for the president, he says, is that he looks like the man who's firing his deputy for being more popular.

Mr Philippe's approval ratings nationally have risen strongly during the crisis - unlike those of President Macron, which have dipped.

Bruno Cautres says the prime minister quickly found his role in the crisis as an "action man", whereas Mr Macron was seen as making big speeches but taking no action.

"Normally in the French system the prime minister is a shield for the president," he says. "Today, it's maybe the opposite."

Macron and his awkward alliances

There are other problems for Mr Macron in this election, too.

Le Havre is only the most prominent example of his party, La République En Marche (Republic on the Move), allying with centre-right candidates across the country.

Mr Macron promised when he ran for office that his party - and his government - would bridge old political divisions by being both left and right. Not for the first time here, many feel the left has been left behind.

Awkward, when the government is highlighting its green credentials and commitment to social justice.

"Ecological issues don't belong to one party more than the other," said Jean-François Portarrieu, an MP with Mr Macron's party who's running in Toulouse. And flexibility in politics, of the kind he sees in LREM, is now more important than ever, he says: "Whatever you thought about the world six months ago, before the virus, you think differently now."

How citizens' movements are picking up support

Yellow vest activist Odile Maurin, who is running on the Archipel Citoyen list, is a political newcomer put forward as a candidate in a citizens' ballot. She signed up to "reach the people who don't vote and are disgusted with politics".

"I consider LREM a right-wing party," she said. "[Their alliances] just confirm what I've thought for some time."

The government has imposed new, green reforms on airlines in France, in return for financial support during the coronavirus lockdown, and has run one of the world's most generous furlough schemes.

But Ms Maurin dismisses the first as "green-wash", the second as a consequence of the government's mismanagement of the Covid crisis.

Her list is currently running neck and neck with their centre-right/LREM opponent.

Why Paris may be out of reach

This election was meant to be a chance for LREM to put down roots across France.

After years of protest at his economic reforms, there's pressure on President Macron to prove he's not just president of a rich, urban elite.

But the party created by Mr Macron four years ago has struggled to connect at a local level, even in the big cities.

Paris, once seen as a glittering prize, seems to be responding to the party's candidate, Agnès Buzyn, with classic froideur.

The former health minister is currently trailing in third place behind both the Socialists and the centre-right.

"It's difficult to push our new ideas, our new way of government," she admitted during a coffee morning in the 17th arrondissement (district) this week.

"The French are a bit pessimistic. They like to criticise, but in the end they'll recognise that a lot of work has been done."

Eyes on another election

After years of unrest and protest against President Macron's plans to reform France, a snub at the polls on Sunday would be another warning shot, two years from the next presidential race.

The mood in France post-lockdown is one of cautious relief.

The crowds reappearing on the streets here signal the return of trust, not resistance - at least for now.

But coronavirus has left France facing one of Europe's worst recessions. And the effects of this virus can be unpredictable, for patients and for politicians.

As people in England enjoy their first night out in months, police voice fears about social distancing.