Crews have begun dismantling the "Jungle" migrant camp in Calais with sledgehammers as its inhabitants leave by coach for other parts of France.

Workers in hard hats and orange jumpsuits pulled down unoccupied tents and shacks by hand.

More than 4,000 people have now been moved away from the camp since the evictions started on Monday.

The Jungle has become a key symbol of Europe's migration crisis, home to some 7,000 residents in squalid conditions.

The operation to close the camp has been largely peaceful so far, but concerns remain that some migrants will refuse to give up their attempts to cross the Channel to the UK.

Read more on this story:

The French authorities said they were prioritising departures on Tuesday morning, but demolition started shortly after 15:00 local time (14:00 BST).

Crews tore down wooden shacks with sledgehammers and used diggers to move away debris.

The work is expected to be carried out mostly by hand, and in a low-key manner, as officials believe sending in bulldozers at this point would send the wrong message to migrants.

Officials are keen for them to get on buses voluntarily.

The Calais police commissioner says the camp will be fully cleared by Friday and that only about 200 people are expected to try to stay.

Officials say a total of more than 4,014 migrants have been taken away over the past two days.

On Tuesday 1,264 adults were taken to shelters around France, where they will be given the opportunity to claim asylum or face deportation, and 372 unaccompanied children were taken to "provisional reception centres" within the camp.

However, the charity Save the Children has voiced concern for what it says are hundreds of unaccompanied children who have been unable to register for the shelters and have nowhere safe to stay during the demolition.

Dismantling the Jungle - Day One

Christian Salome of the Auberge des Migrants charity said the process had been working well because those leaving were the ones who wanted to.

But he added: "I'm much more concerned about later in the week when the only ones remaining are those who do not want to leave, who still want to reach England."

There are warnings that those determined to stay will set up camp in the surrounding countryside while the demolition takes place before returning to the area.

Children are the only group allowed to stay in Calais. They will be housed in the camp's converted shipping containers while the rest of the Jungle is dismantled.

Almost 200 children from the camp have been brought to the UK, some of them under the "Dubs" amendment to the Immigration Act, according to UK Home Secretary Amber Rudd.

The amendment allows particularly vulnerable children - such as girls and those under 13 - refuge in the UK, even if they do not have family already in the country.

More than 1,200 police officers have been deployed for the clearance operation in Calais.

The French interior ministry said officers "might be forced to intervene" if there was unrest during the demolition.

Forty-five migrants, all young men from Afghanistan, are settling into the Miramar hotel in Saint Germain-sur-Ay, an empty holiday centre that looks out to the sea.

At the local pizzeria, residents have gathered to vent their discontent. They complain that the migrants will disturb the tranquillity of the resort. They are also worried that the young men will be unsupervised and break into homes that have been closed up for the winter.

Less vocal are those who don't mind the arrival of the Afghan migrants, those who think it's only human to welcome those who have spent so many months in the squalor of Calais.

For the migrants, it should be a short stay. They will be encouraged to claim asylum in France and then maybe move onto more permanent housing. But even here, several hundred kilometres from Calais, the allure of the UK is still strong.

From the hotel you can clearly see the island of Jersey - British shores are still within reach.

Last year more than one million migrants - many fleeing the civil war in Syria - arrived in Europe. Countries struggled to cope and division arose in the EU over how best to deal with resettling people.

An EU-Turkey pact to try to stop migrants crossing to Greece and moves by Balkan nations to close their borders have driven down the number of people using the so-called eastern Mediterranean route.

However, migrants from African countries such as Eritrea and Somalia as well as West African nations such as Nigeria and the Gambia are continuing to attempt the crossing from Libya to Italy.

What is the Jungle? 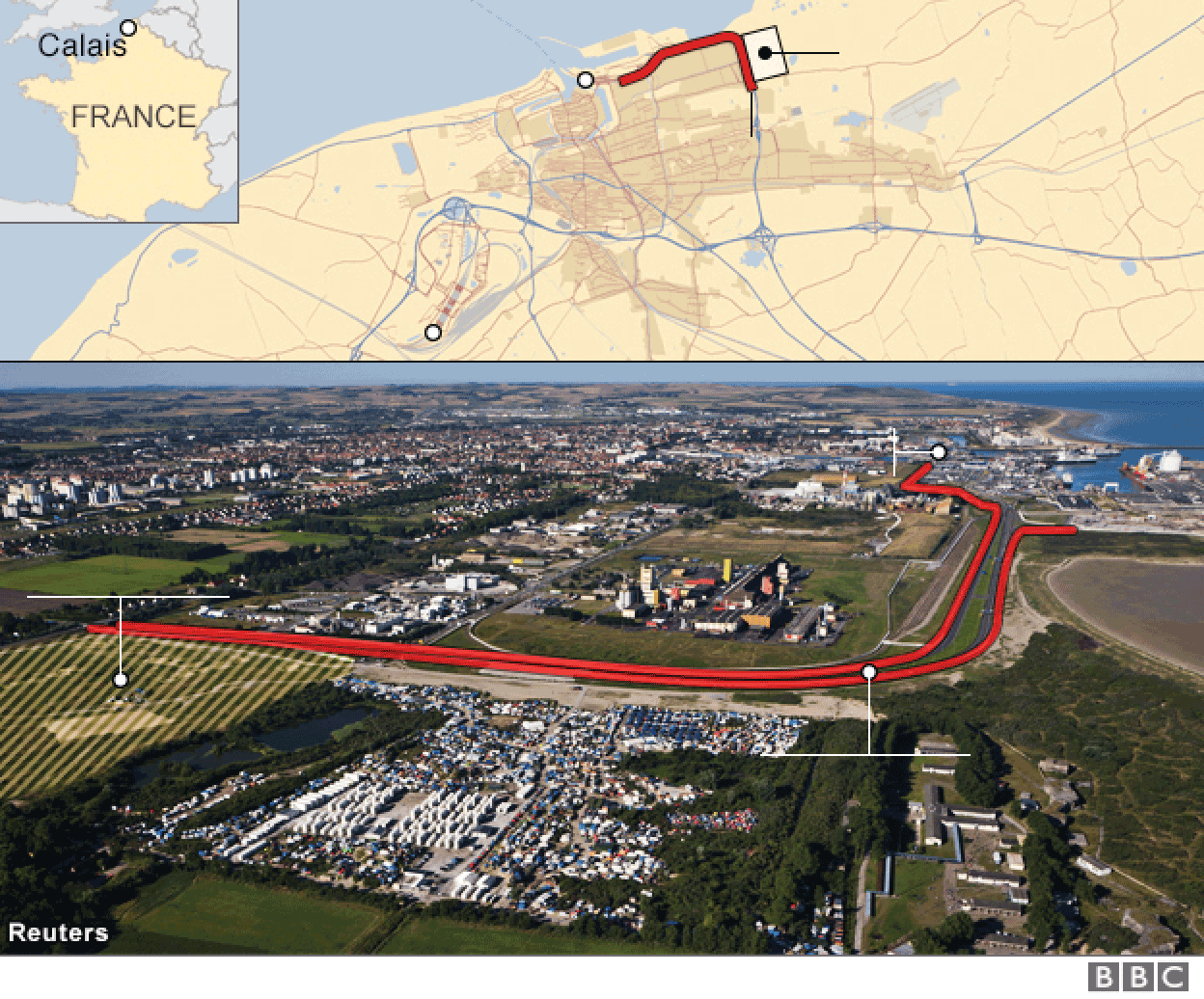 A note on terminology: The BBC uses the term migrant to refer to all people on the move who have yet to complete the legal process of claiming asylum. This group includes people fleeing war-torn countries such as Syria, who are likely to be granted refugee status, as well as people who are seeking jobs and better lives, who governments are likely to rule are economic migrants.

Are you in the area around Calais? Have you been affected by the clearing of the camp? Let us know about your experiences. Email haveyoursay@bbc.co.uk with your stories.

Or please use the form below:

The garden goals getting professional commentary