The results of Australia's five-yearly census have been released, painting a picture of a country undergoing significant change.

The census also revealed trends that will help shape the country's future. Here are five.

For the first time, fewer than half of Australians (44%) identify as Christian, the Australian Bureau of Statistics (ABS) said. Just over 50 years ago, the proportion was about 90%.

Although Christianity remains the biggest religion, it is closely followed by those with no religion at all. That cohort has increased to 39%, up by almost 9%.

Hinduism and Islam are the fastest growing religions in Australia, but each are followed by only around 3% of the population.

But it's also becoming more diverse

Modern Australia has been built on immigration. And now - in another first - more than half of people were born overseas or have a parent who was.

Migration has slowed during the pandemic, but more than a million people have moved to Australia since 2016. Of those, almost a quarter were from India.

India has overtaken China and New Zealand to become the third-largest country of birth, behind Australia and England. 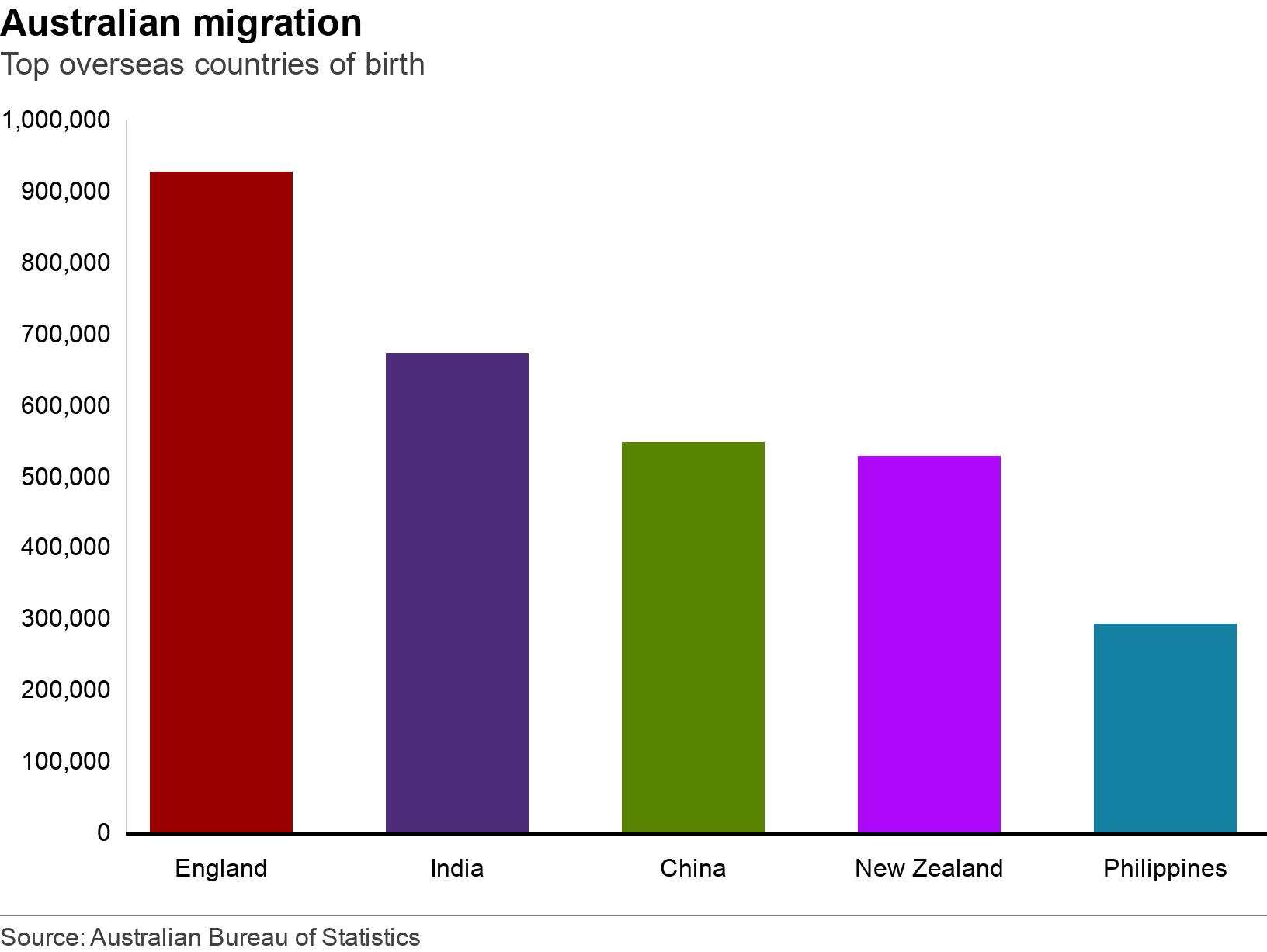 One in five people speak a language other than English at home - most commonly Chinese or Arabic - an increase of almost 800,000 since 2016.

The Indigenous population is larger

The number of people who identified as Aboriginal and Torres Strait Islander jumped by a quarter from the last census.

Births contributed to the growth but people are also becoming more comfortable with identifying themselves as Indigenous, the ABS says.

The data shows there are 167 active Aboriginal or Torres Strait Islander languages, spoken by more than 78,000 people across Australia.

Estimates of Indigenous population size before Europeans arrived in 1788 range from 315,000 to more than one million people. It sharply declined from that point due to new diseases, violence, displacement and dispossession.

Millennials now have the numbers

Another key finding is that Australia is on the cusp of a significant generational shift.

Each generation accounts for 21.5% of the population.

That's likely to hugely inform policies on issues such as housing and aged care, experts say.

Home ownership is stagnant, but caravans are increasingly popular

A similar share of Australians to 25 years ago are buying houses, but fewer are paying them off.

The number of people with a mortgage has doubled since 1996, with property prices skyrocketing since.

Australian cities now rank among the worst globally for housing affordability, according to a 2022 report.

But the census also revealed that more people are turning to alternative dwellings - something likely spurred on by the pandemic.

The number of caravans - popular with domestic tourists - jumped by 150%. Australians now own 60,000 caravans and almost 30,000 houseboats.