A truck carrying fireworks has exploded on an elevated highway in central China, killing at least five people and causing part of the road to collapse, state media report.

The blast, which destroyed an 80m (262ft) section of road, took place on the G30 expressway in Henan province.

China National Radio had put the number of dead at 26 but the report appeared to have been removed from websites.

Several vehicles were reported to have fallen to the ground 30m below.

Witnesses said some cars were thrown over the edge by the force of the blast, the cause of which was not immediately clear.

Six vehicles were retrieved from the wreckage, Xinhua said, while search and rescue efforts were continuing at the site. Eight people had been injured, the agency said.

Footage from state broadcaster CCTV showed rescuers digging through rubble. The channel said 10 trucks had been found under the bridge.

Images posted on microblogging sites showed wrecked trucks and debris, as well as a collapsed section of highway.

One photo showed a truck perched precariously at the broken edge of the carriageway.

The G30 is the longest road in China, running for 4,400km (2,700 miles) from the coast of eastern Jiangsu province to Urumqi, close to the Kazakhstan border.

Fireworks are traditionally set off in China to celebrate the Lunar New Year, which is just over a week away. There are frequently reports of accidents as they are being made, stored or transported.

The BBC's Jon Sudworth in Beijing says there has been much debate over whether the use of fireworks should be reduced, in part to help curb pollution.

Official statistics show that in 2011, more than 60,000 people were killed on roads in China. The deaths are often blamed on inadequate training, poor quality vehicles or on drivers ignoring safety instructions.

The rules imposed penalty points for motorists who drove through amber traffic lights, with a driving ban after two offences, as well as increasing penalties for speeding, drinking and driving and using a mobile phone while behind the wheel.

But there were widespread complaints that drivers stopping abruptly at lights were ultimately causing more accidents.

The government said it was reconsidering its traffic policies. 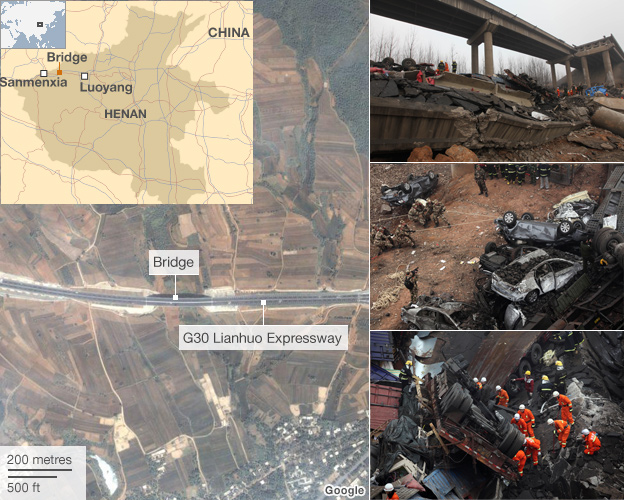 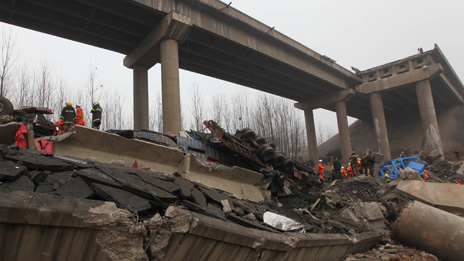 At least five people were killed when the truck, which was carrying fireworks, exploded on a stretch of the G30 Lianhuo expressway, destroying part of the Yichang bridge. (Photo: AFP) 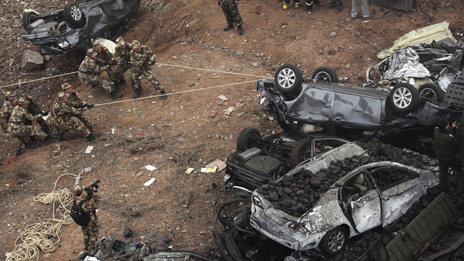 A number of vehicles that were travelling on the elevated highway fell 30m to the ground below. (Photo: AP) 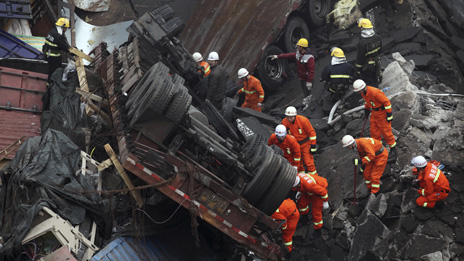 Chinese news agency Xinhua reported that six vehicles were retrieved from the wreckage and a further eight people had been injured. (Photo: AP)

Who will be the next US president? You decide

'When mum went to prison, we rebuilt our relationship'

The woman who quit smoking and built a global hypnotherapy firm

Test and Trace: 'I spoke to one person in four months'

'Bankers and people on benefits come to my door'

Clear your head and relax

Listen to the Mindful Mix on BBC Sounds