A powerful earthquake has killed at least 328 people and wounded hundreds more in Pakistan's remote south-west province of Balochistan.

The 7.7-magnitude quake struck on Tuesday afternoon at a depth of 20km (13 miles) north-east of Awaran, the US Geological Survey said.

Many houses were flattened and thousands of people have spent the night in the open.

After the quake, an island appeared off the coast near the port of Gwadar.

People gathered on the beach to see the new island, which is reported to be about 200m (656ft) long, 100m wide and 20m high, and scientists have been sent to survey it.

Officials say such land masses have appeared before in the area, and usually disappear again over time.

Tuesday's quake was so powerful it was felt as far away as India's capital, Delhi, and Dubai. Workers in Karachi had to evacuate their offices because of the strong tremors.

The military has a heavy presence in the area because it is fighting a long-running separatist Baloch insurgency, and so its troops were among the first to respond to the crisis. 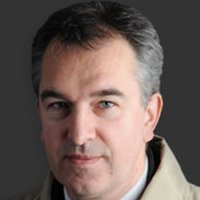 The sudden appearance of small islands or the rise of previously submerged ocean features is a recognisable occurrence after very big earthquakes.

In this instance, we appear to have a case of "liquefaction", where large volumes of previously stable sands and muds have been shaken by the quake and oozed up through the rock.

The mounds produced like the one seen at Gwadar do not usually stick around long, being eroded rapidly. More permanent is the wholesale uplift of sea-floor along coasts that have experienced major tremors such as the 2004 Indian Ocean earthquake and tsunami.

On that occasion, the foreshore that had been pulled downwards in the long build-up to the quake suddenly thrust back up, lifting corals clear of the water.

It is feared the death toll could rise once other areas are reached. The number of wounded is reportedly more than 440.

Awaran local government official Abdul Rasheed Baluch said about 90% of houses in the district had been destroyed.

Some 250 houses collapsed in the village of Dalbedi and villagers were clawing through debris for possessions, an AFP photographer at the scene said.

"We have lost everything, even our food is now buried under mud and water from underground channels is now undrinkable because of excessive mud in it due to the earthquake," 45-year-old farmer Noor Ahmed told the AFP.

The army says it has sent more than 200 soldiers, medical teams and tents from the regional capital Quetta.

But the mountainous terrain and loss of communications is hampering the rescue operation.

Helicopters have been airlifting the most seriously injured to Karachi, while others are being cared for in neighbouring districts.

"We are seriously lacking medical facilities and there is no space to treat injured people in the local hospitals," Mr Buledi said.

The affected area is vast, impoverished and sparsely-populated. Awaran district reportedly has around 300,000 residents.

Most people live in easily-collapsible mud homes, and many are feared to be trapped under the rubble.

The region is prone to earthquakes, with at least 35 people killed in a 7.8-magnitude tremor that was centred in south-eastern Iran in April.

Furlough scheme 'will finish at end of October'

Chancellor Rishi Sunak says employers must start sharing the cost of the scheme from August.

In pictures: Protest clashes in Minneapolis

Twitter v Trump: A battle with no end in sight

Back to school? 'Whatever I say I'll be told I'm wrong'

Why the UK risks angering China over HK’s special passport