UN Secretary-General Ban Ki-moon has warned the crisis on the Korean peninsula may become "uncontrollable".

He once again urged North Korea to tone down its "provocative rhetoric" and to keep open a joint North-South Korean industrial complex.

Pyongyang has been making bellicose threats against South Korea, Japan and US bases in the region.

Speaking to reporters in Rome, Mr Ban said: "If any small incident is caused by miscalculation or misjudgement, it may create an uncontrollable situation.''

He also called for the Kaesong Industrial Complex to be kept open, calling it "one of the most successful cooperative projects between the South and North".

"This should not be affected by political considerations. This is a purely economic place," he went on.

North Korean employees did not report for work at the complex on Tuesday, suspending one of the few points of co-operation between North and South Korea.

Meanwhile, a statement attributed to Pyongyang's Asia-Pacific Peace Committee on Tuesday said: "The situation on the Korean peninsula is heading for a thermo-nuclear war.

"In the event of war, we don't want foreigners living in South Korea to get hurt."

The statement urged "all foreign organisations, companies and tourists to work out measures for evacuation".

Last Friday, Pyongyang warned it would not be able to guarantee the safety of embassy staff in the event of a war.

No foreign embassies immediately announced plans to evacuate, and the UK and Russian embassies have said they have no plans to shut their embassies.

The United States, which has also been threatened by Pyongyang, has said there were no imminent signs of threats to American citizens.

Tuesday's warning from Pyongyang to foreigners in South Korea came amid growing concern that the North may be about to launch a missile test.

US-made Patriot anti-missile systems have been deployed at the defence ministry and at two other military bases.

At the end of last week Japan sent two of its most modern warships to the Sea of Japan with orders to shoot down any missiles fired by North Korea towards the Japanese islands.

But it may try to fire a missile over the top of Japan in to the Pacific Ocean. If it does Tokyo has made it clear it will shoot the missile down.

This is not the first time that Japan has taken such measures.

Also on Tuesday, the South Korean news agency Yonhap reported that North Korea has completed preparations for a mid-range missile launch from its east coast.

Pyongyang has responded to this, and to joint military exercises between South Korea and the US, with escalating rhetoric. It has threatened to use nuclear weapons and said it would restart a nuclear reactor. 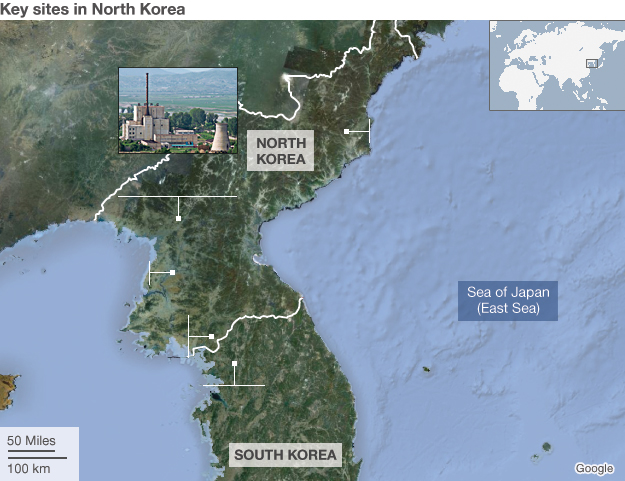 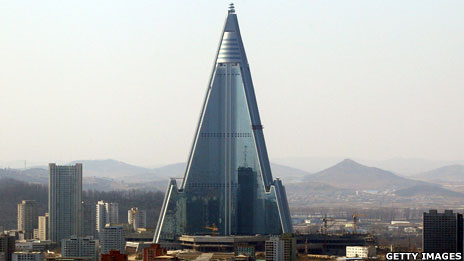 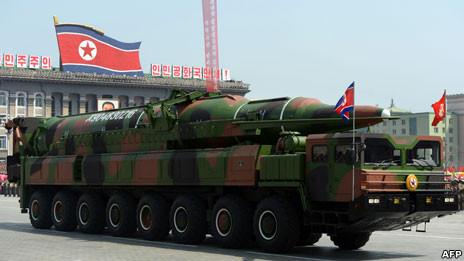