The boy abducted to guide blind beggars in Nigeria

Samuel Abdulraheem has no recollection of the day he was abducted, aged seven, from his family home in the northern Nigerian city of Kano.

Although he came from a large family - his father had 17 children by four wives - Samuel was on his own with a nanny that day.

His family were told he had gone outside to ride his bicycle.

They would not see him again for another six years.

"There is nothing we didn't do to try to find him," his older sister Firdausi Okezie recalls.

Then aged 21, she was not made aware of his disappearance at first.

Her brother had always enjoyed rushing to answer the phone and speak with her when she called home from university.

But when other members of the household began answering it when she rang, she suspected something was wrong.

After her classes one afternoon, Firdausi travelled home unexpectedly and her father, an architect and hotelier, was forced to reveal the heart-breaking truth: Her favourite sibling had been missing for more than a month.

"At first, my father had the nanny arrested, but after investigations, they let her go," Firdausi says.

They also tried to hide the news from Samuel's mother, who was divorced from his father, for as long as possible. Every time she called from her new home in a different city, they would conjure different excuses.

Eventually, an uncle was assigned the unenviable task of telling her.

In addition to extensive police investigations, the family placed adverts in newspapers and sent out search parties to comb the streets. They checked ditches in case he had been the victim of a hit and run, and even consulted Muslim spiritual priests, known as malams.

In time, her father asked the family to accept that their brother was dead - they had done the best they could.

Firdausi refused to give up. She dedicated her university thesis to her missing brother and a year after graduating, she moved south to Lagos in search of work.

She converted to Christianity and started attending Winners Chapel - one of Nigeria's mega churches based in Ogun state just outside the city.

Every December, the church holds a five-day gathering of its members from all over the world.

During the event, known as Shiloh, interested members of the congregation are allocated free stands to display their goods and services within the church premises.

Still without a job in December 2000, Firdausi applied for a stand to sell some tie-dye fabrics her mother had made.

While waiting for a carpenter to help set up the display, she sat on a chair and placed her head in her lap for some rest.

That was when she heard a beggar appealing, in the name of Allah, for spare change. Firdausi looked up.

This beggar had his hand firmly planted on the left shoulder of a boy who was dressed in a tattered brown tunic and undersized trousers.

Firdausi screamed - the haggard boy guiding the beggar was her lost brother.

Samuel, now aged 30, cannot recall exactly how he was stolen from his family: "All I remember is the train journey."

He was taken to a one-armed woman who lived on the outskirts of Lagos in an area mostly occupied by disabled beggars.

The sight of blind men and women being led around by boys and girls is common on many streets in Nigeria - especially in dense traffic where they usually tap on car windows, or around churches and mosques.

Only Samuel lived with the woman, sleeping on a mat in her shack.

Over the years, he says about five others boys turned up to live with other women in the same yard, each hired out to blind beggars.

Samuel suspects that something must have been done or given to him during that time because he does not recall ever thinking of his family during that period, or wondering what had become of them.

"I am not sure I had emotions then," he says. "Just a zombie that knew he had to wake up and lead a beggar out. Make money, eat food and sleep, and the same routine the next day.

Life of a slave

Different beggars hired him for a period of anything from a week to a month.

At the end of each day, Samuel and the beggar slept alongside others in various public spaces.

If a beggar enjoyed working with him, they hired him again for another period.

"I was like a slave," he says. "I couldn't say I wanted to go and do anything. I had to be around always."

As he was always on the move, Samuel made few friends, only occasionally playing with the children of other beggars he bumped into in the evenings.

Sometimes people gave them food while they were out begging. At other times they hung around restaurants and ate the leftovers or scavenged in dustbins.

"I was always hungry. During the daytime when you work, you hardly sit down to eat," he recalls.

"I didn't feel the beggars were bad. They wake up, beg, the way people wake up and go to work."

Day after day, Samuel walked from one end of Lagos to the other with a beggar's right hand gripping his shoulder.

Sometimes, they trekked to neighbouring states or across the border to Benin. If the beggars received news of potential benefactors gathered somewhere, they told Samuel and he took them there by bus.

"There were times when you get so tired and you start bypassing people, but blind people are very sensitive - their hearing - so they pick up sound. Sometimes they would twist your shoulder and say: 'There is someone there. Why are you moving away?'

"They try to make as much money as they can."

In December 2000, a beggar he was guiding heard news of the programme at Winners Chapel where they ran into his sister.

At first, Firdausi was too shocked to reach out and touch her brother - who can still recall her scream.

"I fell down on the floor," she says.

Samuel looked gaunt, his right shoulder was significantly tilted and he appeared dumb, not speaking a word. The sight caused Firdausi to burst into tears.

"It took a while but I knew that she was someone I knew - that this person was someone related to me," Samuel says.

Soon a crowd gathered and drawn by the commotion, church officials also arrived. They managed to make sense of Firdausi's barely coherent joy and decreed that it was a "miracle" worth sharing with the entire congregation.

They ferried Samuel to a corner and gave him a quick wash. They found him fresh clothes to wear and rushed them both to the stage of the 50,000-seat auditorium where Firdausi was given a microphone.

In tears, she narrated how she had just found her brother who had been missing for six years.

Firdausi recalls how the entire congregation leapt out of their chairs in shouts of praise and thanksgiving.

The founder of the church, David Oyedepo, then held Samuel and prayed for him.

That night they slept on the church premises in a car, as it was a long way to get back to where Firdausi lived.

She remembers waking up throughout the night and touching her brother to make sure he was real.

Today Firdausi says that she regrets being so engrossed in finding her brother that she did not try to rescue the others from where he was kept.

Shortly before his rescue, a new young child had arrived in the yard, Samuel says.

At first, the boy wept non-stop and refused to eat. Suddenly, he became silent, leading Samuel to suspect that something had been done or given to the boy to quieten him.

"In a developed country, you would just go and tell the police. But, here, the police would ask you to give them money for fuel and all that, and I didn't even have a job," Firdausi says.

Besides, reintegrating her 13-year-old brother into normal life was proving more difficult than she had imagined. He had not returned to live with his father and she was taking care of him.

Boils and rashes had broken out all over his body, giving off a foul stench.

His right shoulder remained bent for more than a year, requiring X-rays and physiotherapy before it finally stopped showing signs of the pressure from years of being gripped by beggars.

Their mother did not recognise the youngest of her seven children - who was now rough and haggard.

She had to raise his arm and search for a birthmark before she finally believed that the person in front of her was actually her son.

After six years of no formal education, Samuel was barely literate.

Firdausi was left frustrated with the search for a school - with many saying he was too old to join at primary level.

Just when she had almost lost hope, Firdausi met a school proprietor who had seen them on the stage at the church.

The woman agreed to admit him, while Firdausi made arrangements for additional private classes.

In three months, Samuel zoomed from primary one to primary four. Within a year, he had passed the entrance exams to secondary school.

Samuel spent only three years in secondary school when, aged 17, he felt confident enough to sit for university entrance exams.

He passed with flying colours, attaining the best result in his entire school, and gained admission to study chemical engineering at the Ahmadu Bello University in Zaria.

But Samuel's academic prowess would eventually lead to the sudden end to his studies.

Other students often sought his assistance with assignments and he was expelled during his fourth year after being caught writing another student's answers during exams.

Samuel now works as a supervisor on construction sites.

"Someday when I am comfortable financially, I hope to continue my education," he says, adding that computer science might be an option as he is good with gadgets. 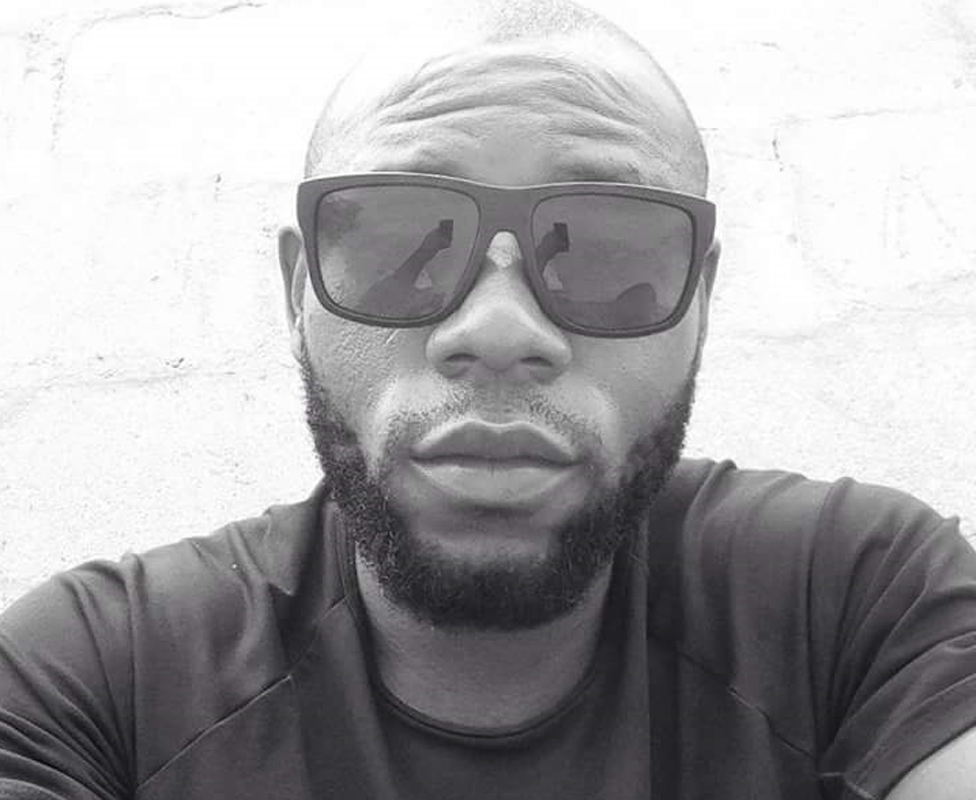 If anyone asks for money, I'd rather buy them food. Because, back then, it was better giving me food than money because the money went to the beggar and none came to me"

Samuel holds no ill feelings about what he went through while in captivity. He believes that all those years shaped him and taught him to try to always be nice to people.

"Nothing that people do actually gets to me. I just see it as a way of life. I don't hold grudges," he says.

Memories of the constant hunger have affected the way he relates to beggars and their guides today. He never gives them money.

"I'd rather buy them food. Because, back then, it was better giving me food than money because the money went to the beggar and none came to me."

Samuel hopes that, by sharing his story, people will pay more attention to beggars and the children who often guide them.

"When they see a beggar with someone, they should have a second thought that, possibly, this child could need help," he says. "Don't just see and give money and walk away."

Illustrations by the BBC's Manuella Bonomi