Camp Bastion, a sprawling, well-fortified British-run base in the desert in southern Afghanistan, is the size of the UK town of Reading and home to almost 30,000 people. Bastion - with its own water bottling plant, hospital, police force and even Pizza Hut - is widely regarded as a safe haven for troops. However, a Taliban attack breaching the perimeter and resulting in the death of two US Marines has shown it is not impregnable.

What's it like inside Camp Bastion? Explore the graphical representation of the base below to find out.

Note: For security reasons, the main image and video tour of Camp Bastion are graphical representations of the base and not accurate plans 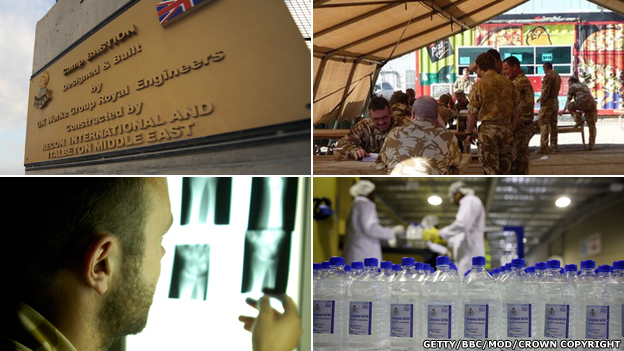 Established in 2006, Camp Bastion now covers an area the size of the UK town of Reading and the base is home to up to 30,000 international servicemen and women. As well as providing accommodation, it acts as a logistical support centre and has a substantial field hospital. Other facilities include huge air-conditioned gyms, shops, a dry bar called Heroes and even a Pizza Hut. 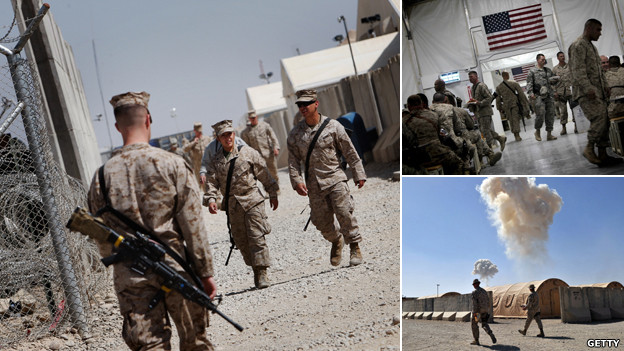 Adjoining the British-run core of Camp Bastion is the US compound, Camp Leatherneck, home to thousands of US Marines. The camp has grown in size since it was established in 2008 and has its own dining facilities and gyms. 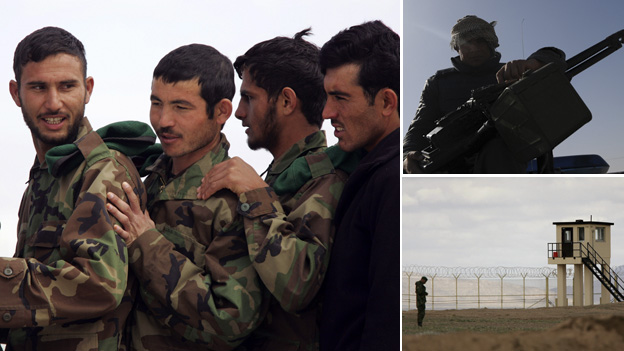 Afghan security forces also have their own compound - Camp Shorabak. Here troops and police have air-conditioned quarters, dining facilities and the use of a mosque. Shorabak is where international military personnel have been mentoring Afghan troops in preparation for the handover in 2014. 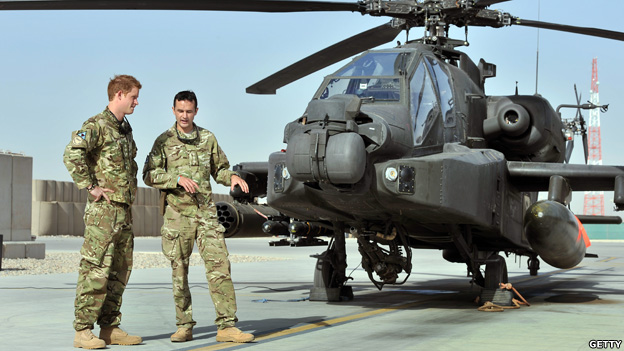 Helicopters take off and land from an area close to Bastion’s main runways, ready to take part in air transport and combat missions. British aircraft include Apaches, Merlins and Chinooks, while the US fleet includes Apaches, Ospreys and Black Hawks. Prince Harry, currently based at Camp Bastion, qualified as an Apache helicopter pilot in February and will be flying missions from the base. 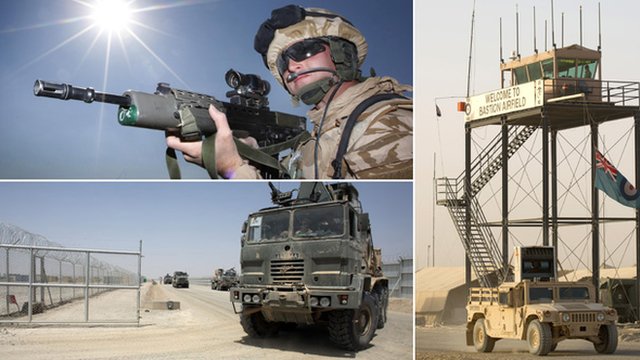 A Taliban attack on Camp Bastion in September showed the base remains a target for insurgents. Two US Marines were killed and a number of aircraft and hangars were damaged. The base is situated in the middle of the desert, providing its manned watchtowers with excellent visibility. It is ringed by a 30ft (9m) fence, coils of wire and blast walls. Cameras, motion sensors and radar monitor movement on the ground and in the air. Click play to see the damage to the hangars at the base. 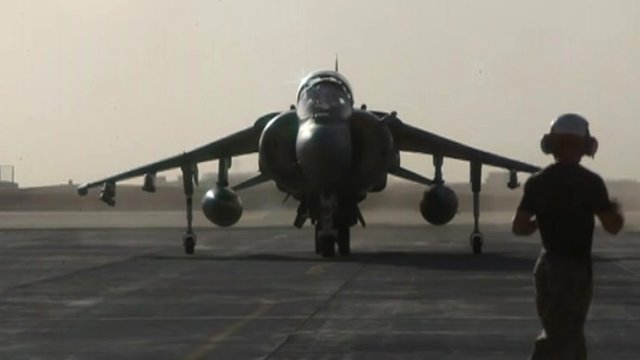 New Harrier jets belonging to the US Marine Corps have arrived at Camp Bastion’s airfield to replace those destroyed in the September Taliban attack. The base has one of the world's busiest airports, with its two runways handling about 600 aircraft a day. Click play to see the new Harriers arrive.

Camp Bastion from the air 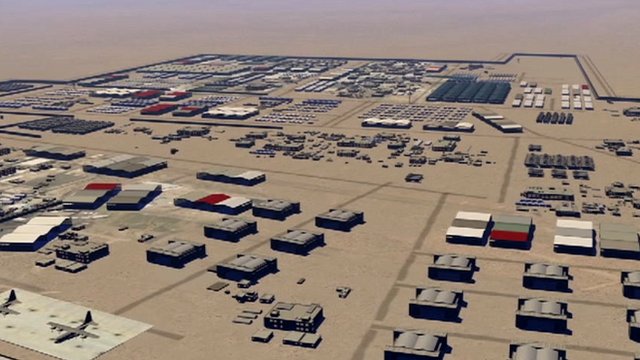 How big is the base? If you are in the UK then use our tool to get a rough idea of the size of Camp Bastion. Enter your postcode to see the base laid over your neighbourhood eg W12 7RJ. It only works with UK postcodes.

POSTCODE it would cover this area 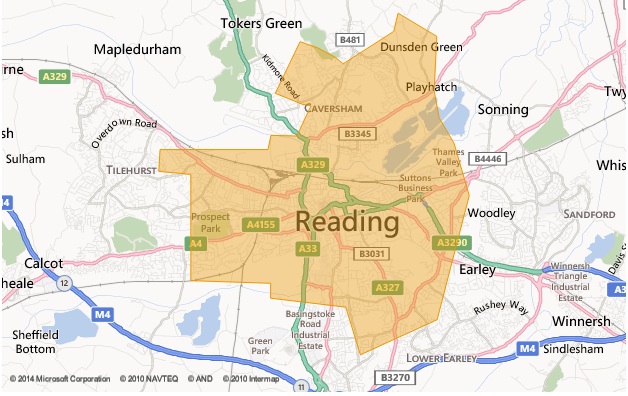 Note: Outline represents the approximate area of Camp Bastion and does not reflect its precise dimensions