Media playback is unsupported on your device

'Now is the time to stand with Hong Kong' - Joshua Wong

Pro-democracy activist Joshua Wong issued a plea for the world to stand in solidarity with Hong Kong.

He was speaking outside a court on Monday, where he appeared with two other activists on charges related to last year's civil unrest in the territory.

China later warned the UK not to interfere with Hong Kong following the imposition by Beijing of a sweeping new national security law. 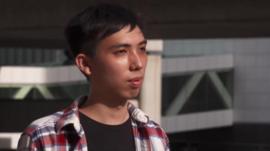 0:53
Hong Kongers divided over whether to stay 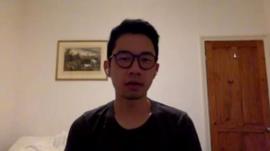 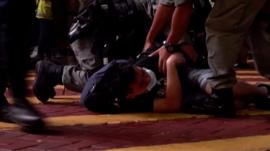 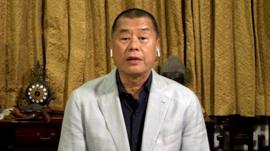 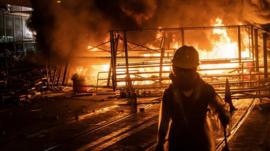