A call has been made for the Welsh Government to be investigated by the Equality and Human Rights Commission over fears older people's rights could have been breached.

The Older People's Commissioner for Wales says comprehensive testing for Covid-19 in care homes was "too slow".

She has questioned whether the "right to life" had been breached and raised the issue with the EHRC.

The health minister said he "didn't recognise" a breach and said the policy was based on scientific advice.

Since lockdown began, 27% of the coronavirus deaths in Wales have been care home residents, according to the Office for National Statistics. This figure does not include those care home residents who died after being transferred to hospital.

Questions are now being asked whether more lives could have been saved had testing rules been different.

It commissioned a snapshot survey of 87 of the industry body's members across the country, which has been seen by BBC Wales Investigates.

Some reported waiting up to 20 days to be tested, while another said it took 10 days to get the results of a test back.

Of the 38 care homes who responded, 16 said they had felt pressurised into taking patients who were either Covid-19 positive or untested.

'Why can't we take people in?'

One care home owner who said he felt pressured to take patients from hospitals despite them not being tested for coronavirus was Nigel Clark in Port Talbot.

He said they decided early on that they would not take patients unless they had been tested, something which he says did not go down well with the local health authority Swansea Bay University Health Board.

"They would ring every day to ask what vacancies we had in the home," said Mr Clark.

"If we had vacancies we were asked why can't we take people in?"

Mr Clark says he was told he needed to help out by easing the pressure on hospitals, and was even told his resistance would be taken to a higher authority.

"She (a health board representative) said she would go to the Care Inspectorate to ensure I had to start taking people into this care home if they had tests or not because I had to help Neath Port Talbot to release beds."

Swansea Bay University Health Board said it could never condone the behaviour Mr Clark alleges, and that all patients are now tested before being sent into care homes.

'Throwing sheep to the wolves'

For many families, the cost of coronavirus has been high.

Phil Crean's mother Joyce suffered a stroke late in 2019 and ended up in hospital.

As the coronavirus spread and elderly patients were being moved into care homes to free up space, she was tested in hospital and the results came back negative.

Her family say they were told she would be tested again before being moved, and when they took a call to say she had been taken to the 70-bed Romilly Care Home in Cardiff, they assumed the test had been done. But it hadn't.

That was at the end of March. Early in April, the family were told their mother was showing signs of having caught coronavirus, and that care home staff recognised the symptoms as they had seen them in other residents. 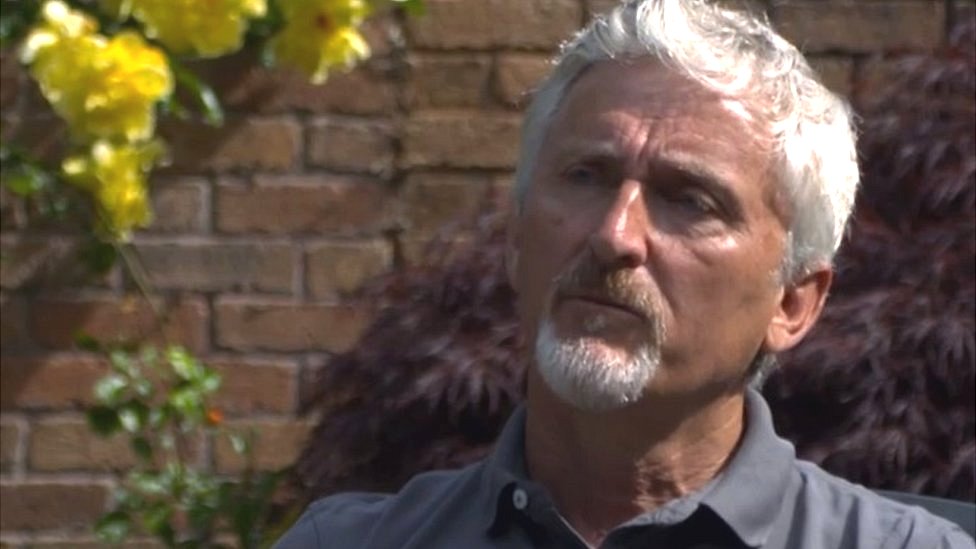 It's basically throwing sheep to the wolves isn't it?

Mr Crean said: "You can imagine if we'd heard that Covid-19 had been at that care home, we wouldn't have allowed her to be transported there."

His mother died 10 days after arriving at Romilly, one of several deaths at the home in the Canton area.

BBC Wales Investigates has discovered that just days before Joyce died, the Welsh Government issued guidance saying hospitals could discharge Covid-19 patients to care homes and that patients without common symptoms didn't have to be tested before they were moved.

Mr Crean says that is "an absolute disgrace".

"It's basically throwing sheep to the wolves isn't it? Personally I think it's extremely poor policy, and it's very cold of them to have done it."

He has also called for the health minister to resign.

"When you think Vaughan Gething is the health minister, surely he is ultimately responsible for the shambles and for the high numbers of unnecessary deaths that have happened in care homes," said Mr Crean.

"I personally would like to see him stand down."

The Romilly said it was told Mrs Crean was not tested because she did not have common symptoms, but agreed with Mr Crean that more comprehensive testing at the time may have saved lives.

Three deaths in one day

She says when the first resident began showing signs of coronavirus, it took three weeks for the results to come back.

In the meantime, people in her home were dying.

"We had the first symptoms on 22 March. Sadly our first death came on 23 March and it escalated very quickly," she said.

"We were getting 10 to 12 residents a week showing signs and symptoms.

"Probably the worst time was Easter weekend when we had three deaths in a day."

To date, 18 residents have died since lockdown began, 16 with common symptoms of coronavirus.

Easier in parts of England

Dormy Care Communities runs the Foxhunters home in Abergavenny, Monmouthshire and another home across the border in Herefordshire.

Chief executive Helen Davies-Parsons said: "There have had to be numerous phone calls to Public Health Wales local health boards in order to get the testing done; in England, it was one phone call.

"Having worked across the two countries, what I would say in Wales, there has been a flagrant disregard for the social care sector and they have not recognised how quickly that the Covid-19 would spread in a care home."

She says even when Welsh Government policy changed and her residents were eligible for tests, Public Health Wales "didn't have a clue" about the new rules.

She added she was proud of her "amazing" staff, but the emotional impact of being denied testing and losing several residents to the virus had been "extraordinary".

"I've never, ever in 33 years of nursing, I've never ever been in a situation of feeling so helpless," she said.

"It's an absolute tragedy. It's a national disgrace."

She wants an investigation from the Equality and Human Rights Commission, which upholds equality and human rights ideals and laws across England, Scotland and Wales.

"I have serious concerns that older people's human rights have been breached; the fundamental right to life," she said.

"The fact that testing wasn't in place as quickly as it needed to be for every resident and every member of staff.

"I'm extremely disappointed and saddened that the Welsh Government hasn't moved quickly on this.

"That is why I believe the Equality and Human Rights Commission needs to investigate how older people have been treated throughout this pandemic." 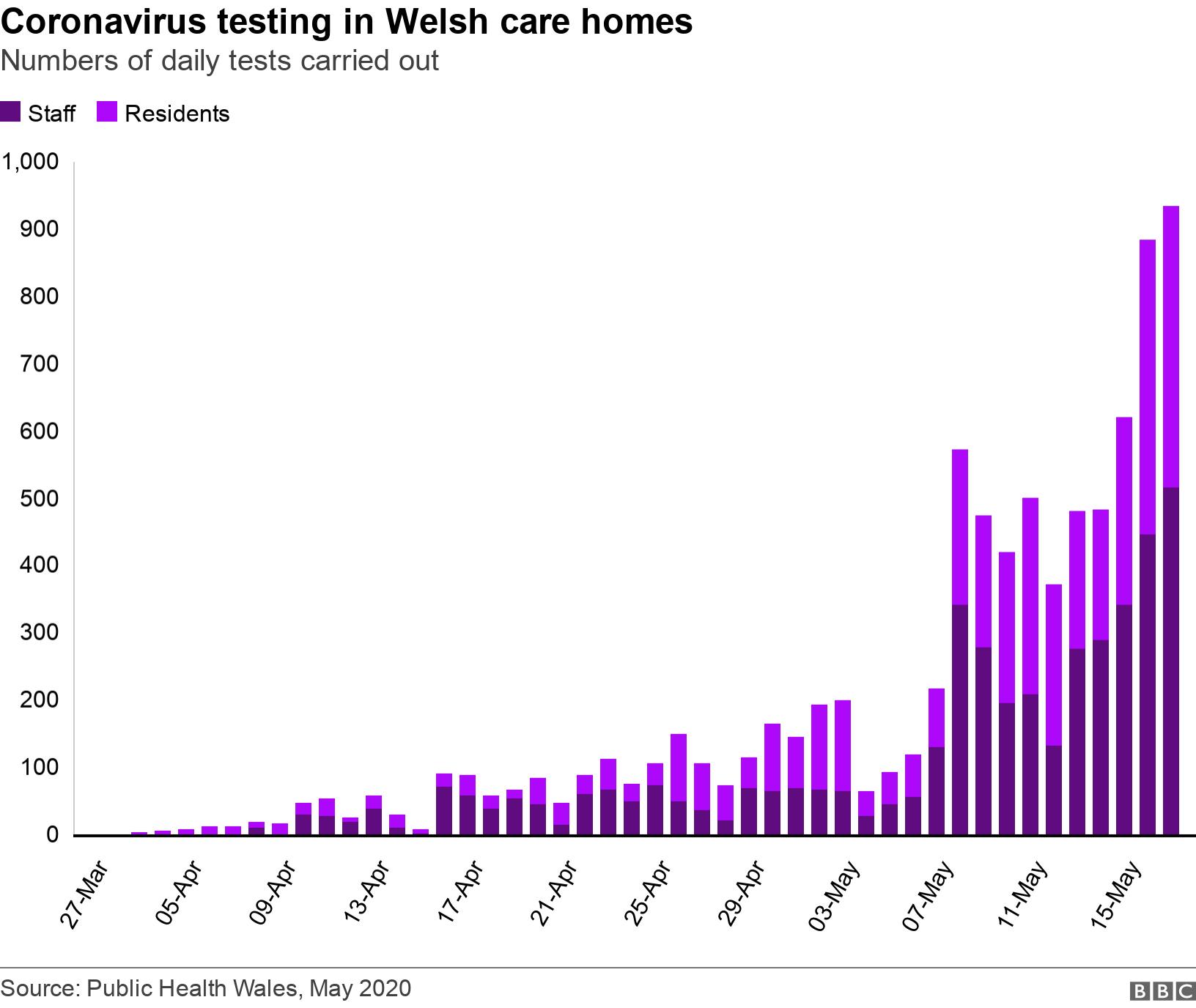 How many tests of care home residents and staff have been carried out?

Figures from Public Health Wales, obtained by BBC Wales, show up to 17 May, more than 8,500 residents and staff in care homes had been tested.

On 6 May, when the Welsh Government extended the policy to include blanket testing of all residents and staff in larger care homes, there were 119 tests.

Numbers tested daily have risen since. The most recent figure shows 935 tests - 519 staff and 416 residents.

'We acted on advice'

Mr Gething says that while the testing in Wales has not been perfect, it has been based on scientific advice.

He said: "What I do accept is that in some parts of Wales there are some examples of where some care homes were wrongly refused tests. 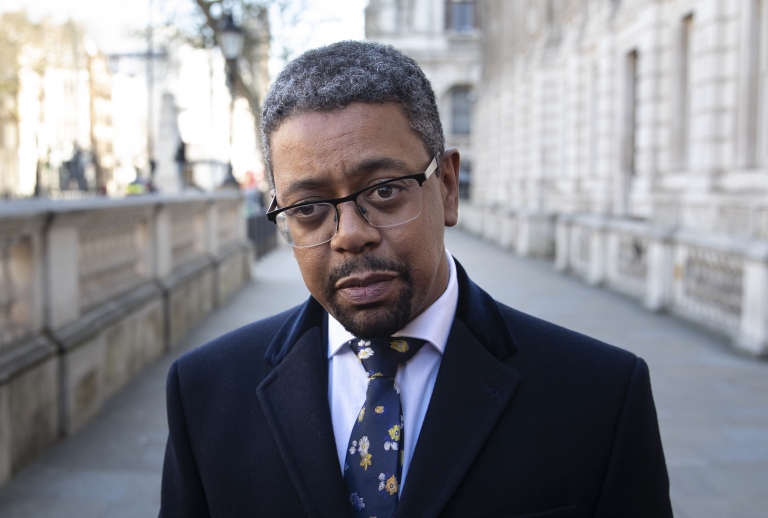 The evidence we had at the time was that people who weren't symptomatic, there wasn't a value in testing them

"It took much longer than I would want to see my very clear policy choice implemented."

Mr Gething refutes suggestions that a lack of testing has cost lives needlessly.

He said: "I don't think you can draw a direct line between those because as I say, the advice and the evidence we had at the time was that people who weren't symptomatic, there wasn't a value in testing them.

"We changed the approach on testing people who were leaving hospital on 22 April onwards.

"I don't recognise that we have violated the rights of older people.

"As a minister I'm making choices to keep people safe."

In response to the Older People's Commissioner's concerns the EHRC's head in Wales, Ruth Coombs, said it was "deeply concerned" about "serious potential breaches" of older people's human rights.

She said: "The slow response by Welsh Government to testing residents and staff in care homes, discharge of Covid-19-positive older people from hospital into care homes, examples of inappropriate blanket healthcare decisions on issues such as 'Do Not Attempt Resuscitation' notices, and the lack of sufficient PPE for care workers have contributed to considerable distress, lack of confidence that their rights will be protected and ultimately to loss of life."

Ms Coombs said the EHRC was "working closely" with the the commissioner and other partners and was "considering the use of all our powers to protect their rights now and following the coronavirus pandemic".

Watch BBC Wales Investigates: Testing Time in Care on BBC One Wales at 20:05 GMT on Thursday and afterwards on the iPlayer.