Companies in the tourism industry are warning they could go out of business and jobs will be lost because of the coronavirus outbreak.

Across Wales, the sector is estimated to be worth more than £3bn to the economy.

A business rate cut has already been announced by Welsh Government.

But Pembrokeshire Tourism said this was "not even a drop in the ocean" and fears the industry could face collapse.

On Tuesday afternoon, the UK government unveiled a package of financial measures to shore up the economy against the coronavirus impact.

This included £330bn for companies to access finance, support for airlines, a business rates holiday, and help for small firms without insurance. However it is not yet clear exactly how Welsh businesses will be able to access support.

The UK government has advised against non-essential travel and told people to work from home.

How important is tourism? 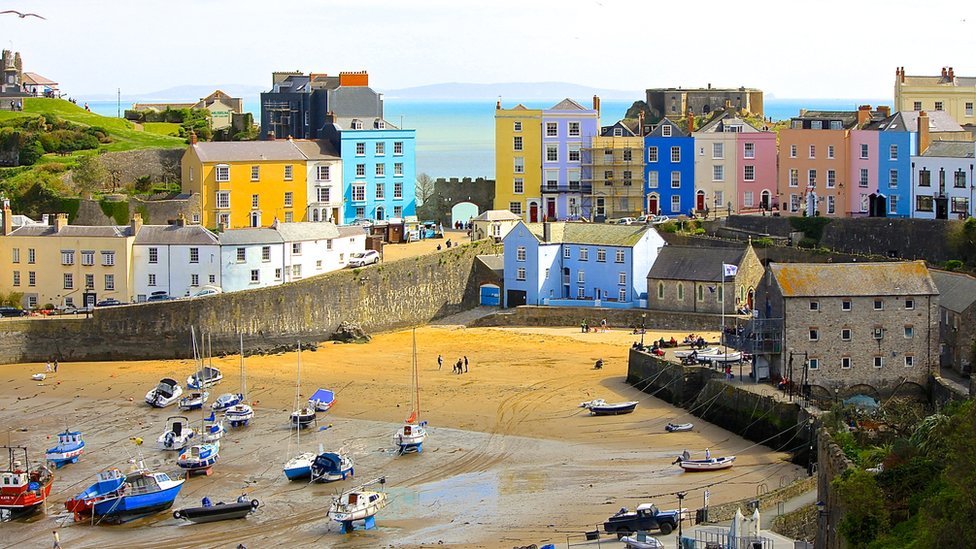 Tourism is worth £585m to the Pembrokeshire economy alone, so this part of the world could be badly hit.

Across Wales, the industry had been on course to increase its overnight spend by visitors this year by 10% compared with eight years ago.

The tourist economy has also been growing more strongly than the wider Welsh economy as a whole, according to key indicators.

Those working in it account for about 9.5% of the whole of the Welsh workforce.

'I've never laid people off in 30 years of business'

Taf Valley Coaches in Whitland should be celebrating 30 years in the industry but this looks like being its toughest challenge.

It says it has never experienced trading conditions like this and has warned its 50 staff there will be reduced hours.

The company said it had lost tens of thousands of pounds already due to cancellations, including last Saturday's Wales v Scotland rugby match.

It will be especially hit by elderly people facing months of self-isolation and if schools are closed.

Company bosses are warning they and other businesses may not survive.

Clive Edwards, who runs the family-owned business with his son Joseff, said: "We started with one coach and have built it up to 40-odd coaches.

"We're very, very worried - we do public service with schools and private hire, which has totally dried up. Every trip has been cancelled for this week. Eighty per cent of our passengers are pensioners.

"I know it's out of people's control but we need help to keep going. I've never laid people off in 30 years of business.

"The staff have been very supportive - it's survival but we don't know how long it's going to be."

'The worst case scenario is if we have to delay opening'

Oakwood theme park near Narbeth had been due to open for the season on 6 April but managers say they will react to any advice.

There are 40 workers there at the moment, as well as contractors, who are following latest hygiene advice.

At its peak, it would expect to employ 400 people.

"The worst case scenario is if we have to delay opening for the 2020 season - with Easter important for us - we're hoping it won't come to that."

He said it would need government enforced closure to qualify for insurance.

Elsewhere, National Museum Wales announced the closure of all its sites, while all school visits and public and private events are cancelled.

Dennis O'Connor, tourism liaison manager at Pembrokeshire Tourism, said there was a fear the industry could collapse and that the £200m in terms of business rate cut was "not even a drop in the ocean".

"We need consistent information from both the UK and Welsh Government about what plans are in place going forward.

"Tourism is worth billions of pounds to the Welsh economy, if it's wiped out before the season's begun, whole communities will suffer because of this financial loss."

What has been announced so far?

"We will be calling on the UK government to act quickly and decisively to provide a very significant support package for vulnerable businesses and their employees," said Wales' Finance Minister Rebecca Evans.

Economy minister Ken Skates outlined to AMs how the Welsh Government was doing "everything we can" to support businesses deal with the impact.

He would be have further discussions with high street banks and the British Business Bank later this week.

Mr Skates said the scale of the challenge was "large", including to the tourism sector, and that "only a massive fiscal policy intervention by the UK Government can now help businesses and individuals bear the burden of what is to come".