Wales is "uniquely at risk" if there is a surge of very sick people with coronavirus, a senior intensive care consultant has warned.

Dr Jack Parry-Jones is concerned at the supply of beds and staffing, because critical care units normally work at more than 90% capacity.

He is worried about the impact if demand here became as high as in Italy.

The Welsh Government said "surge plans were in place to increase the availability of critical care".

"It's a lull before the storm - and we can see the dark clouds gathering," said Dr Parry-Jones, who is a Welsh board member for the Faculty of Intensive Care Medicine. 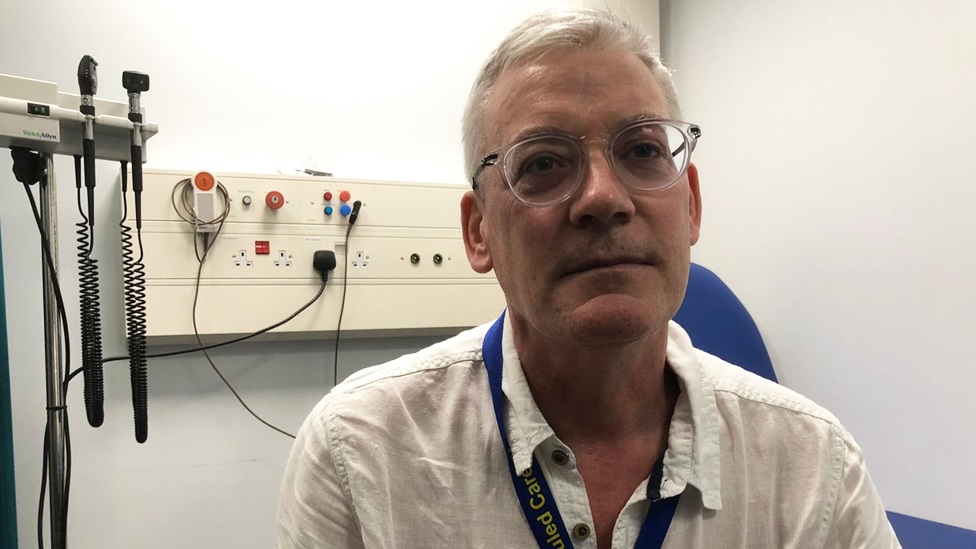 A lot of work has been put in, on how health boards would increase their supply, but for us we're still concerned about the supply of beds at this stage.

"We know in Wales we have fewer critical beds than the rest of the UK, and the UK has fewer than many countries in Europe. So that puts us more uniquely at risk of any surge in demand when we don't have enough supply.

"A lot of work has been put in, on how health boards would increase their supply, but for us we're still concerned about the supply of beds at this stage."

He said in normal working conditions, most critical care units run at more than 90% capacity so any increase in demand puts extra pressure on.

In the past, such as in 2009-10 with swine flu, units were operating at well over 100% capacity which meant patients received critical care outside critical care units.

What could be done to meet a surge in demand?

Dr Parry-Jones told BBC Wales every health board would have plans to increase capacity and also how to separate intensive care patients who were infected and those who weren't.

"We're used to dealing in surges of demand," he said.

"What's concerning us is the situation in, particularly Italy. It's a European country, we know their critical care capacity is a lot higher than Wales and they are still having a big problem with demand."

Specialists in Wales' critical care network will be holding a special meeting on the virus on Wednesday.

What is the demand for critical care at the moment?

Usually only about 9,600 patients need intensive care facilities every year in Wales.

A growing and ageing population means demand for critical care rises by about 4-5% each year. 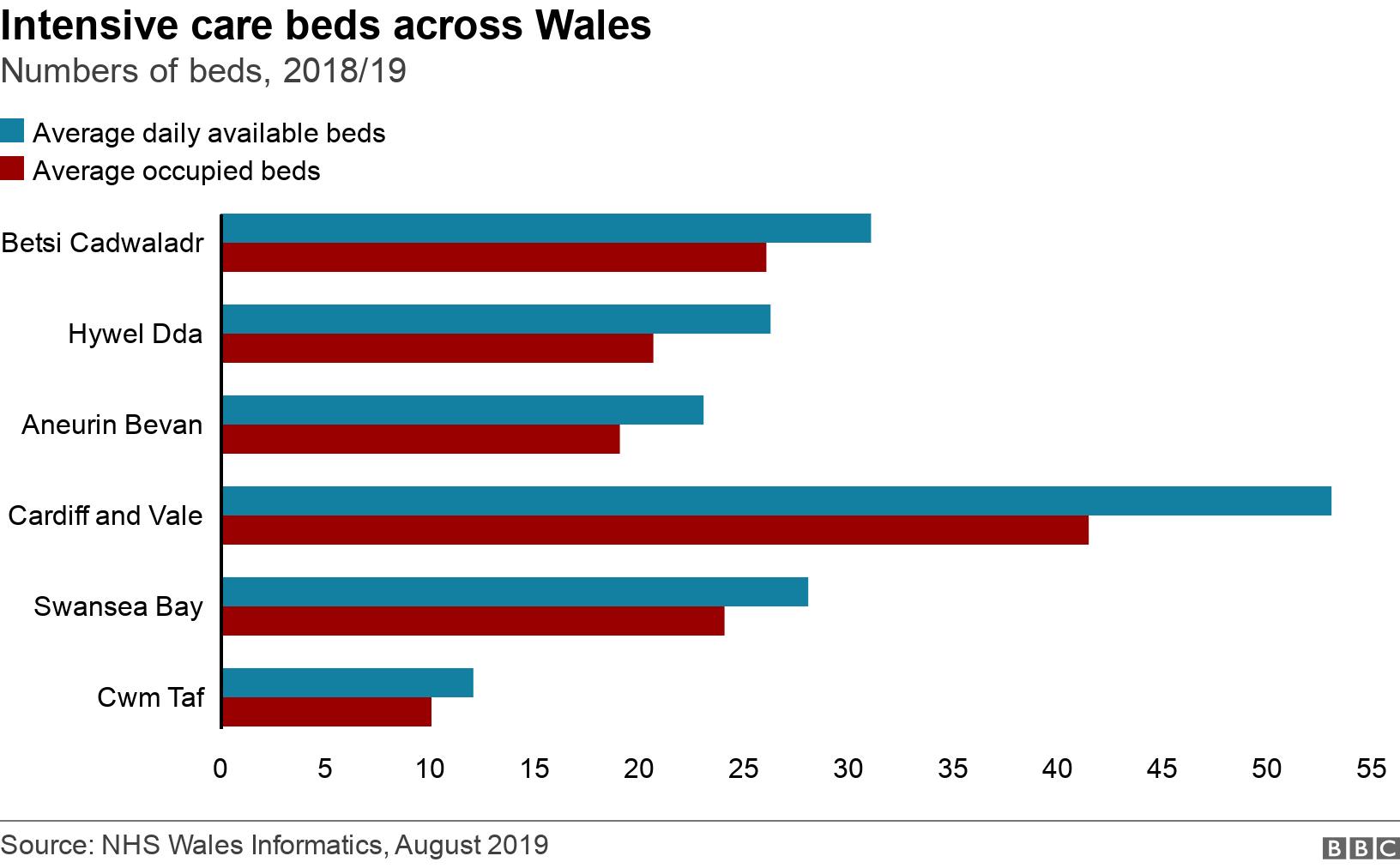 How busy can they get?

But this doesn't tell the whole story.

What has been going on to improve things?

A task and finish group reported in 2019, calling for improvements, backed up by an additional £15m recurrent funding from Welsh Government.

The health minister said last year it was about "skilling up the staff we currently have as well as the additional staff we need to bring in to deliver the capacity that we want to deliver".

But Dr Parry-Jones said staffing was still an issue and up-scaling critical care was "time consuming and expensive".

It is not just about doctors as seven nurses are needed to staff each critical care bed, he added.

He said on a medical level, critical care staff were well trained and used to dealing with the sort of illnesses which coronavirus can cause but this was more to do with how much time would be spent managing the practicalities of a surge in cases.

Meanwhile, Plaid Cymru leader Adam Price said that "even under normal circumstances" the health service did not have enough "critical care capacity" and Covid-19 was putting "further pressures" on the health system.

He said Wales should "take the lead" by planning ahead rather than waiting on the UK government or "waiting for the worst to happen".

A Welsh Government spokesman said: "As the number of cases increase, care will be provided in the most clinically appropriate setting. We expect most cases will be treated in their own home.