Changing Face of Wales: Is racial prejudice alive and kicking?

It's one thing to want to stand out from the crowd. To be different. Noticed.

It's quite another to be held back for the very things that make you different.

Worse still to be attacked for what makes you, you. Your accent. Your skin colour.

As a poll suggests 40% of people think there is more racial prejudice in Wales than five years ago, BBC Wales explores the changing face of Wales and looks at why it would be wrong to think everything is rosy in our garden.

For many, racial prejudice is alive and kicking.

"Same tune, different dance," is the way Gaynor Legall sums it up.

Born and raised in Cardiff, yet still routinely questioned about where she's "really from."

"Whilst I see myself very much as Welsh, I don't know if Welsh people - white Welsh people - accept me as being Welsh. There is always an assumption that I am 'other'," she said.

Gaynor has worked in public health roles in London and latterly with Welsh Government, but also served as a councillor for Cardiff Bay. She now chairs the Heritage and Cultural Exchange, an organisation established to preserve the history of Tiger Bay and the black and minority population of Wales.

"My ethnic origins are Afro-Caribbean but I am Welsh," she said.

"For me, racial prejudice in Wales and in Cardiff in particular has changed the way in which it operates... it's the same tune but a different dance. The words have changed - you don't get the name calling, the racist slurs - that used to happen.

"But there are subtle ways in which the prejudice of others comes across clearly. I think if you're black, you learn quite early - at quite a young age - to pick up the signals, the way people are towards you.

"But I'm saying that now - I'm almost 70. The younger kids have a different experience to what I had when I was a teenager."

Reuel Elijah would agree. The 22-year-old musician and artist has grown up in the neighbouring district of Grangetown.

"I've been blessed and quite fortunate not to be approached with any racism really," he said.

"Grangetown is quite diverse - with your Asian community, African, Somalian, Caribbean community. You're around these people all the time, it's hard to be ignorant of their cultures.

But he recognises that won't be the experience in other parts of Wales. He also feels Welsh culture has a dated image in the minds of many.

"They mention sheep, they mention leeks, Welsh cakes and the woman with the hat and the apron. And I feel Wales is much more than that. Not to disregard that. I think there's history that needs to be added on to that."

Has Britain's cultural life been enriched by migrants from other countries?

Compared to five years ago, do you think there is more, less or about the same amount of racial prejudice in Wales?

As part of the Changing Face of Wales season, BBC Wales surveyed 1,000 people and asked them - among other things - about the contribution of migrants, as well as their perception of racial prejudice.

Two things emerged. The answers suggested an appreciation for the positive impact migrants have on Britain's economy, as well as our cultural life.

But that racial prejudice hasn't improved over the past five years, nor do they expect it to in the future. 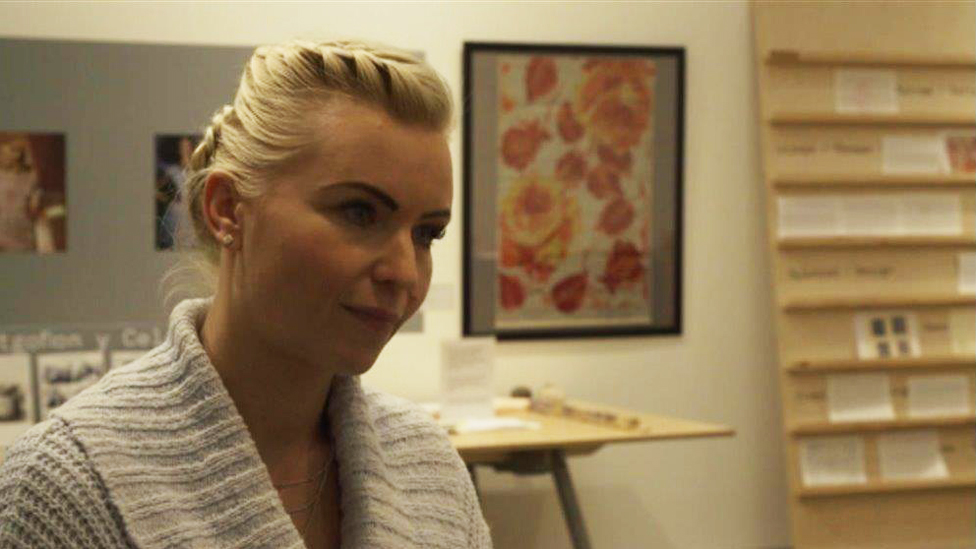 I think people are more tolerant than 12 years ago

Kamilla Kosteck-Nestrata, who is Polish, said things had changed since she first moved to Wrexham for work.

"Some people were saying 'you should go back to your country because you took my job', I think that's not true - but mostly people were really nice.

"That was about 12 years ago, now it's totally changed. I've got loads of English and Welsh friends. I think people are more tolerant than 12 years ago."

The elephant in the room, according to Dr Hade Turkmen, is colour. Originally from Turkey, she works for equalities charity Chwarae Teg and has been researching gender equality and diversity.

"I haven't experienced discrimination directly perhaps, but I look white and 'ordinary'. But a black person can experience something completely different in the same situation.

"Coming from a very professional background, working for a gender equality charity, I am very privileged and I know that.

"But people who are, let's say, on the factory floor, so are working class people, are more vulnerable to discrimination.

"So when we are talking about BAME population and discrimination; age, ethnicity, religion, nationality, class are all factors that affect the different experiences of individuals in the BAME communities."

Crimes reported to police in England and Wales

It is hard to measure perceptions of prejudice, but we know hate crimes have increased across England and Wales in the past year.

It's now time to stop talking about it and start doing something, says Iolanda Banu Viegas, who works for Race Council Cymru.

She was born in Mozambique, grew up in Portugal and moved to Wrexham 18 years ago.

"One of the reasons I'm here - it was the most democratic, a country that wouldn't see differences in people. They used to treat us all equal.

"We had the same rights - human rights, women's rights - things I wasn't used to before. So I did learn everything positive in this country and that's why I want to keep that going because that's what makes it special."