Scotland's public spending deficit has fallen by a further £1.2bn over the past year, according to Scottish government statistics.

The Government Expenditure and Revenue Scotland (Gers) estimated the country spent £12.6bn more on public services than it raised in taxes.

This is lower than the £13.8bn deficit estimated for the previous year, and is equivalent to 7% of the country's GDP.

The annual Gers figures, which have become a key battleground in the independence debate, are compiled by Scottish government statisticians free of political interference.

What do the Gers figures say?

However, the amount the country spent on its public services increased by about £1.8bn from £73.5bn to £75.3bn. 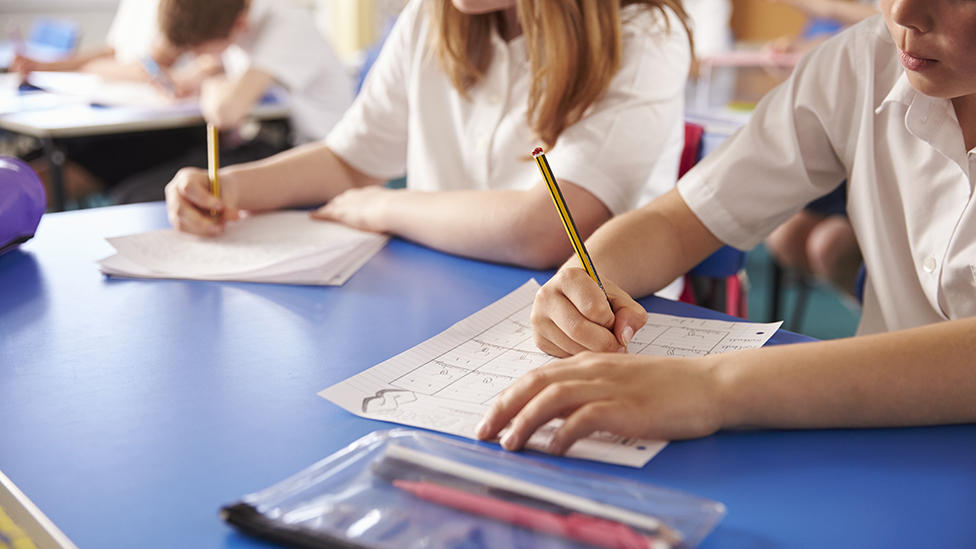 Getty
Where is public money being spent in Scotland?Source: Government Expenditure and Revenue in Scotland (GERS): 2018 to 2019

Revenue from the North Sea oil and gas industry was similar to the previous year, increasing marginally from £1.42bn to £1.43bn. The industry raised £8bn in revenue in 2011/12, but hit a low of just £50m five years later.

Last year's Gers figures originally estimated that the country had a £13.4bn deficit in 2017/18, but this was revised up to £13.8bn in the latest statistics.

Scotland's deficit reached £15.5bn in 2015/16 - the height of the global oil price crash - but has fallen in each of the three subsequent years.

How does Scotland compare to elsewhere?

Scotland's deficit as a percentage of GDP is therefore more than six times higher at 7% - and more than double the 3% target set by the EU for its members.

Cyprus was the only EU state to break that threshold last year, with its fiscal deficit at 4.8% of its GDP - although it is expected to return to a surplus this year.

The average deficit across all 28 EU member states was 0.6% of GDP last year.

Most parts of the UK outside of London and its surrounding areas are estimated to raise less revenue than is spent on their behalf.

Academics at Cardiff University estimated last month that Wales has a deficit of £13.7bn or 19.4% of its GDP.

Scotland had a relatively stronger fiscal position than the UK as a whole in 2010/11, but since then the position has been reversed largely because of the collapse in the oil price.

The Scottish government's finance secretary, Derek Mackay, said the country's revenues had exceeded £60bn for the first time, which he said reflected the "strength" of Scotland's economy.

Mr Mackay added: "Our notional deficit has fallen while public spending has increased thanks to our efforts to grow the onshore economy and the strong performance of taxes in Scotland."

But he warned that a no-deal Brexit could reduce revenues in Scotland by about £2.5bn a year - and argued that independence would allow Scotland to "unlock our full potential, allowing us to take the best decisions for Scotland".

However, the UK government's Scottish secretary, Alister Jack, said the Gers figures showed that Scotland "benefits from being part of a strong UK with every man, woman and child in Scotland receiving a 'Union dividend' of nearly £2,000 a year".

Mr Jack said: "These Scottish government figures also show there would be a £12.6bn black hole at the centre of an independent Scotland's finances. Real questions need to be asked about the first minister's stewardship of the country's economy.

"With Scotland's deficit now more than six times greater than the UK average, the Scottish government needs to take action. Scotland remains the highest taxed part of the UK. This is harming our economy and should be a huge concern to us all."

Scottish Labour leader Richard Leonard said the figures showed an independent Scotland would have "one of the biggest fiscal deficits in the developed world", which he said would result in "unprecedented cuts for Scotland's schools and hospitals".

And Scottish Greens co-leader Patrick Harvie said the figures showed the importance of "breaking our reliance on oil revenues" and "the urgent need to build a post-oil economy".

What is Gers anyway?

Gers was described as the "authoritative publication on Scotland's public finances" in the Scottish government's White Paper on independence ahead of the 2014 referendum.

The figures were also used as the starting point for the SNP's Growth Commission report, which examined the financial options for an independent Scotland.

The commission, headed by former SNP MSP Andrew Wilson, said Scotland should aim to reduce its deficit to under 3% within the first five to 10 years of independence.

But pro-UK parties argue that the Gers figures show that the country would face "unprecedented levels of austerity" in the years after independence.

The Scottish government has published a list of answers to frequently asked questions about how Gers is compiled which can bee seen here, and the Fraser of Allander Institute has a guide to Gers here.

The prince says he and Meghan wanted to continue serving the Queen, but "that wasn't possible".

Who pays for Harry and Meghan?

Beyond Today: Is Blue Monday bad for our mental health?

Who will win battle for witnesses at Trump trial?