Parents of children at two Lanarkshire schools at the centre of health fears say a review ordered by ministers does not go far enough.

They want new tests on the former landfill and industrial site in Coatbridge where the Buchanan and St Ambrose High campus was built.

Nicola Sturgeon said tests would be considered if a review recommended it.

North Lanarkshire Council said no serious illness had been linked to the schools or the site.

Health concerns about the school campus, which was built in 2012, initially focused on blue-tinted water coming from taps.

Tests revealed higher than recommended levels of copper. This was attributed to corrosion and the council replaced pipework at the site.

In recent weeks it has emerged that four current or retired teachers at Buchanan High have been treated for cancer.

Pressure has grown for action since a public meeting a week ago where parents raised concern over sickness and similar symptoms among pupils at the school.

The council has confirmed that parents have withdrawn six pupils from St Ambrose and two from Buchanan High School.

On Wednesday, Mr Swinney announced an immediate independent review into health and safety at the two schools in the hope of providing reassurance.

On Thursday, he told the BBC's Good Morning Scotland programme that he would meet concerned parents.

He said the remit and the scope of the review would be significant to try to address the "very legitimate" fears and concerns of parents, staff and children.

He said the review would look at the development, management and maintenance of the site and the construction arrangements.

It would also look at the public health measures that were undertaken.

Parents have demanded a fuller investigation including new tests on the site and medical tests on students.

During First Minister's Questions, Nicola Sturgeon told MSPs that if medical testing was required, it would go ahead.

She said: "Let me make clear, if the review's experts can conclude that there is a need to recommend further tests on the site itself, or - with appropriate parental permission - the pupils, than that is exactly what will happen."

However, she added: "We must respect the review's independence and allow them to come to their own conclusions.

Why are there worries about the Townhead Road campus?

The campus, which takes in the two schools and the Townhead Road community centre, opened in 2012 on a site that was used as landfill for lead, arsenic and other industrial waste between 1945 and 1972.

In March of last year, bottled water was used at the high schools after blue water was discovered coming from pipes, with tests later revealing higher than recommended levels of copper.

Officials said this was due to corrosion, but insisted there was no health risk. Copper piping at the campus has since been replaced with plastic pipes.

Fears about the safety of the site came to a head in recent weeks after it emerged that four former or current members of staff at Buchanan High had received treatment for cancer.

However, the council and health board say specialist doctors have confirmed that no incidence of cancer - or any other serious illness - was caused by the schools or the site on which they were built.

And they say that all of the evidence shows that the schools and the wider campus are safe.

A public health expert told a public meeting that the cancers involved have long latency periods - the length of time between exposure to environmental triggers and developing symptoms - suggesting that the school site could not be to blame for teachers' illnesses.

Lisa McCormick has removed her 14-year-old son from the 1,200 pupil St Ambrose High, and has stopped her 11-year-old daughter from moving there from primary school in August.

She started a petition calling for medical testing of all pupils and staff at the campus. It has reached more than 14,000 signatures.

"An independent review will look at old evidence, reports and assessments.

"We have read all of that, we don't need old evidence reviewed we need up to date evidence. We want the site tested as it is today in its current conditions.

"We need to know what is happening on that site now. We want to know why the staff and our children are becoming sick." 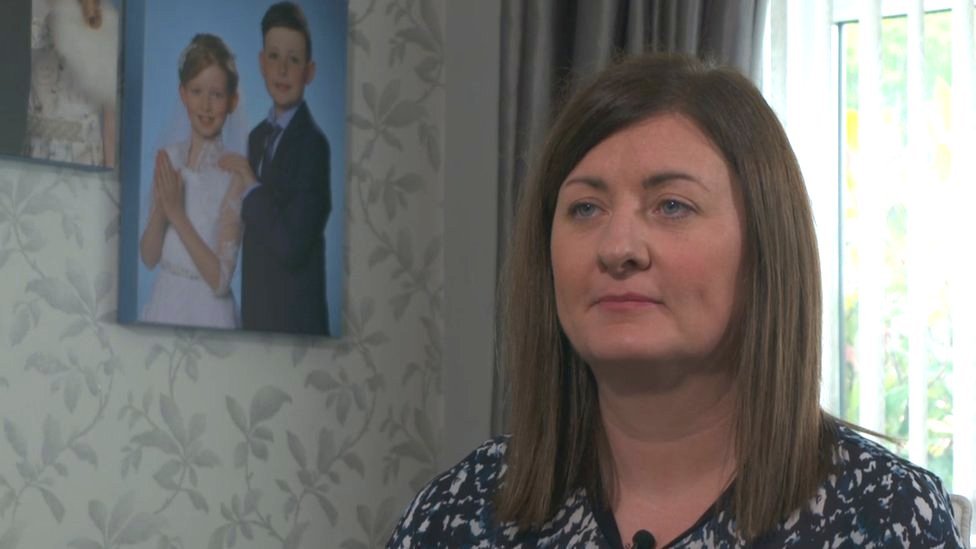 "We need to know what is happening on that site now. We want to know why the staff and our children are becoming sick."

The site, on Townhead Road, was previously used by Gartsherrie Ironworks for industrial waste.

It is believed waste stored there included chemicals and hazardous substances such as arsenic, nickel, and lead, which has sparked contamination concerns.

The NASUWT union announced this week that the 12 staff members it represents at Buchanan High - an additional support needs school catering for about 100 pupils - will go on strike next week over the health concerns.

The Scottish government said the review, which was agreed with the council and health board, would be completed before the next school year begins in August.

North Lanarkshire Council has created a leaflet to provide further information and reassurance, which can be downloaded from its website and which will also be delivered to all parents and carers this week.

Given a criminal record - but I'm the victim

Why Naya Rivera on Glee was important to LGBT women

Huawei: What does the ban mean for you?

What is Huawei and why is it being banned?

How did Florida get so badly hit by Covid-19?

Manicures are back: 'My nails were a wreck'

The perfume makers that can't smell a thing